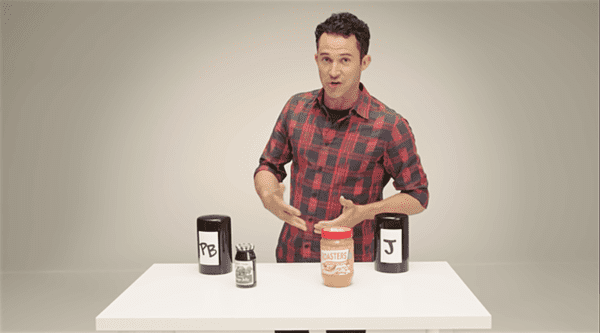 Magician Justin Willman decided to use his magical powers for good and help educate America on why the transgender bathroom myth is a bunch of bullsh**.

Willman suggests that transgender bathroom rights really isn’t a complicated issue. And neither is gender identity. In fact, they are so simple that they can be explained with peanut butter and jelly.

Says Willman, “I guess it doesn’t matter what it says on the jar. If it’s got peanut butter in it we should just show it some god-damned respect and call it peanut butter because it didn’t choose the jar.”

“I know this seems so simple but there are some f**king idiots out there who just can’t comprehend this. They think that the peanut butter is going to pretend to be jelly just so it can sneak over here and listen to the jelly pee and just jerk off–that’s not what this is about, Dad! If it’s peanut butter, let it pee with peanut butter. And if it’s jelly, let it pee with jelly.”