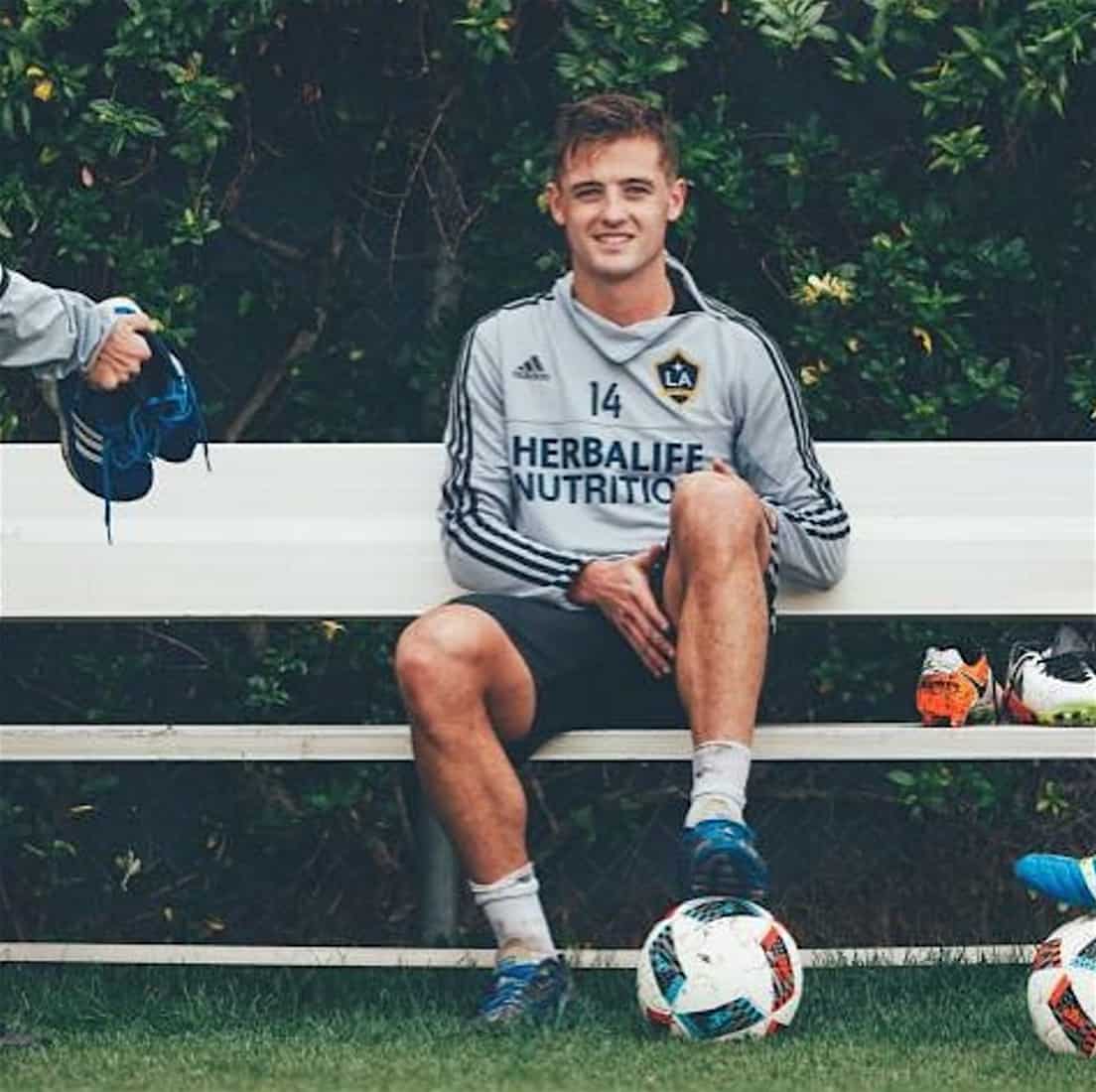 LA Galaxy player Robbie Rogers returned to soccer last night after an injury sidelined him for a couple of months. The Galaxy was playing a match against the OC Blues in the United Soccer League (USL).

Today, Rogers posted a note to Facebook saying that a player on the opposing team called him a “queer” repeatedly and said it is the first time he has heard any anti-gay slur on the field since he came out of the closet in February 2013.

Rogers said that he was enraged both at the player and at himself for allowing the slur to affect him, but woke up this morning with a renewed sense of pride and gratitude.

The USL says it is launching a full investigation.

After being out injured for two months with an Achilles surgery I finally made my return last night.

In the heat of the last fifteen minutes of the game a player from the opposing team called me a “queer” repeatedly. To be honest my initial reaction was one of shock. This is my fourth season back in the MLS and I’ve yet to hear another player use that or any other gay slur during a game. I quickly became enraged, I spent the drive home wishing I had channeled my inner Zidane and punched or head-butted this player even though I knew punching this person wouldn’t have helped either of us, my team, or the greater cause of advancing equality in sports. I went to bed upset last night. Angry at this player and and his ignorance. Angry at myself for not doing more in the moment. Sad the we still live in a time where this kind of intolerance still exists in my sport and elsewhere. And if I’m being honest, I was even a bit ashamed that a single word could make me feel, even just for a moment, all the awful feelings I felt for so many years: small, less than, wrong, and unworthy of love and respect by my family or god forbid by my teammates.

But it was just for a moment.

Minutes later my head was back in the game. And this morning even most of the anger has faded and the predominant emotions left are just love and gratitude. I’m happy that I practiced restraint worthy of my sport. I’m thankful for the many players on my team and even the opposing one who apologized to me for one man’s actions. Today, I woke up grateful to work in organization filled with so many players and coaches who have worked hard to practice tolerance of everyone and to help change a culture.

But mostly I’m proud of myself. I am proud more than ever that I had the courage to come out as a queer man. I feel so fortunate to have gotten to share my story with others and to have gotten to play this sport I love so much as an openly gay person. I am, more than ever, thankful to have teammates and a family that love and support me for the son, brother, partner, father and queer player that I am.

I’m encouraging, as I did when I came out four years ago, all athletes to find the courage within themselves to come out. Listen, only you know when and how it’s best for you to live your truth and share your story, but each one of you that chooses to make this courageous step is not just vastly improving your own life but literally saving others.

The USL released a statement saying it is investigating the incident: