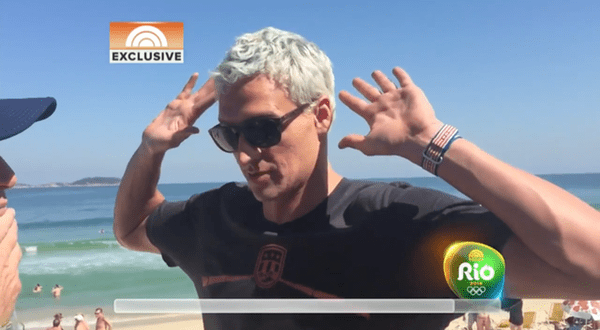 US Swimmer Ryan Lochte publicly apologized for not having been more “careful” and “candid” in his description of events that happened late at night at a gas station in Rio de Janeiro.

As previously reported, Lochte claimed that he and his teammates were robbed at gunpoint by criminals disguised as police officers and that a gun was cocked and aimed at his forehead. He later revised the specifics of that story.

Local police investigated Lochte’s claims and found no evidence to corroborate his version of events. Police then indicated that Lochte and his teammates vandalized a gas station bathroom and urinated on the floor.

Lochte still insists that the incident ended with a gun being pointed at him.

Read Lochte’s apology in full, which he posted on Instagram, below:

I want to apologize for my behavior last weekend — for not being more careful and candid in how I described the events of that early morning and for my role in taking the focus away from the many athletes fulfilling their dreams of participating in the Olympics. I waited to share these thoughts until it was confirmed that the legal situation was addressed and it was clear that my teammates would be arriving home safely.

It’s traumatic to be out late with your friends in a foreign country – with a language barrier – and have a stranger point a gun at you and demand money to let you leave, but regardless of the behavior of anyone else that night, I should have been much more responsible in how I handled myself and for that am sorry to my teammates, my fans, my fellow competitors, my sponsors, and the hosts of this great event. I am very proud to represent my country in Olympic competition and this was a situation that could and should have been avoided. I accept responsibility for my role in this happening and have learned some valuable lessons.

I am grateful for my USA Swimming teammates and the USOC, and appreciate all of the effort of the IOC, the Rio ’16 Host Committee, and the people of Brazil who welcomed us to Rio and worked so hard to make sure that these Olympic Games provided a lifetime of great new memories. There has already been too much said and too many valuable resourced dedicated to what happened last weekend, so I hope we spend our time celebrating the great stories and performances of these Games and look ahead to celebrating future successes.