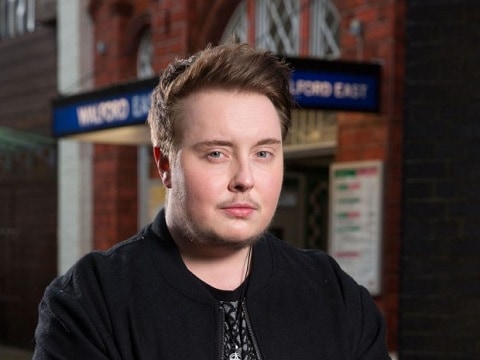 BBC’s Eastenders has axed Riley Carter Millington, the first ever transgender actor to play a transgender character in a continuing role on a UK soap.

Last October, it was announced that Millington would play the role of Stacey Slater’s long-lost half brother Kyle.

Millington was one of nine cast members let go by the show’s producer Sean O’Connor.

“When I landed a six-month contract at EastEnders it was a dream come true.

“For that to be extended to a year was something I never expected.

“However, as the time comes for Kyle to depart Walford I am looking forward to taking on new roles and who knows, Kyle may find his way back to Walford one day.”

While it’s not yet known how Kyle will leave the show, it’s expected that bisexual character Steven Beale will be somehow involved.

Though leaving EastEnders, Millington has just landed a role in stage production Safe, which will explore the issue of homeless and at rick LGBT youth in the UK.

Watch Kyle reveal his identity to Stacey below.

Previous Post: « Jared Leto to Star in and Produce New Biopic About Andy Warhol
Next Post: Michelangelo Signorile Has an Unexpected Encounter with the ‘Faggot’-Hating Alt-Right »