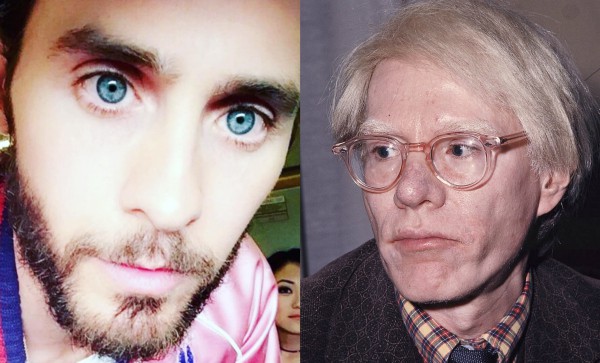 Jared Leto is set to star in and produce an adaptation of pop artist and provocateur Andy Wahol’s life titled simply, Warhol.

The screenplay comes from Boardwalk Empire creator Terrence Winter, whose credits also include The Wolf of Wall Street and 50 Cent drama Get Rich or Die Tryin’. He will use Victor Bockris’s 1989 book Warhol: The Biography as inspiration, with Leto acquiring rights.

Warhol shot to fame in the 1960s with his unique take on American consumerism and quickly became a fixture in the New York club scene. He was also openly gay at a time when homosexuality wasn’t readily accepted. Amid his success, he suffered from hypochondria and was the victim of an attempted murder in 1968.

There is no word currently as to whether Leto considered casting a gay male actor in the titular role or whether his involvement as producer was predicated upon him starring in the film.

Leto recently remarked that he doesn’t think gay male actors in Hollywood get the same opportunities that straight ones do: “Not for a single second. I don’t know if that’s offensive or not, but that’s my thought right now. It shouldn’t be that way…I think that this is still a very conservative business.”

Leto won an Academy Award for playing a transgender woman in 2013’s Dallas Buyers Club. Despite the accolades he received for his performance, many criticized Leto for taking the role in the first place, saying that it should have gone to a trans actor.

Previous Post: « Photo of Skittles Tweeted by Donald Trump Jr. to Demonize Refugees Was Taken by a Refugee
Next Post: BBC’s ‘Eastenders’ Axes First Trans Actor To Play a Trans Character on a UK Soap: VIDEO »