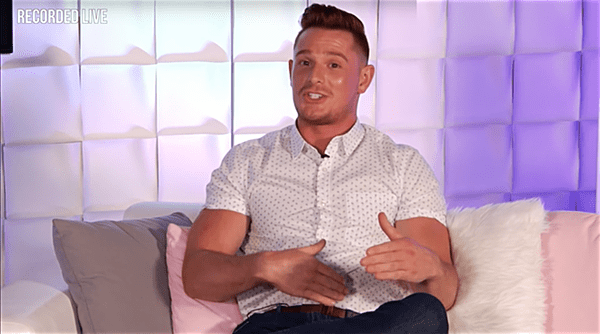 Former gay adult film star Brent Corrigan sat down with Davey Wavey to talk about the gay adult entertainment industry, why he stepped away from it, and about James Franco’s movie based on his life, King Cobra.

Corrigan, aka Sean Paul Lockhart, joined Wavey as part of the YouTuber’s “Business of Sex” series.

Corrigan told Wavey that working in gay adult film “is a way of life.” He added, “It’s a day in and day out thing, cultivating fans, traveling.”

On why he stepped away from the gay adult film world, Corrigan said, “A couple of years ago I got to a point where [gay adult film] wasn’t giving me what I thought it would. I stepped back and thought – what would make me happy? For me, my passion was always horses. I went back to jumping with horses.”

Some people have been asking about my #SalvadoraDalí – she's at the new barn learning to jump! #QuarterHorse pic.twitter.com/0VaB0J9qH1

And though Corrigan is not currently acting in gay adult videos, he says he’s not retired.

As for King Cobra, the movie produced by James Franco based on Corrigan’s rise to fame and the murder of gay adult film producer Bryan Kocis, Corrigan said, “I didn’t want to be a part of that film if they weren’t going to tell my story. I read the script – and it wasn’t my story.”

Corrigan does, however, plan to tell his version of events in a tell-all book. “I am being brave and I’m self-publishing my book. I’m aiming for an October 31st release date, on my 30th birthday,” he revealed.

Previous Post: « Illinois Man Willing To Be Fired for Refusing to Watch LGBT Diversity Training Video: WATCH
Next Post: Nyle DiMarco Says a Major Advantage of Being Deaf is That He Can’t Hear Donald Trump: WATCH »