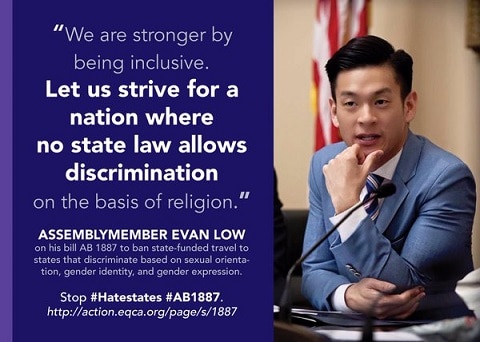 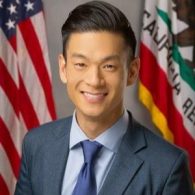 California lawmakers have approved a ban on state-funded travel to other states that discriminate against LGBT people.

In May, Low said that AB 1887 – sponsored by Equality California and the National Center for Lesbian Rights – “sends a clear message that we do not tolerate discrimination in California or anywhere beyond our borders. Just as we strive to be a state that provides equal opportunity for all,” he added “we should not be spending our tax dollars in states that allow discrimination toward the LGBT community. We are stronger by being inclusive.”