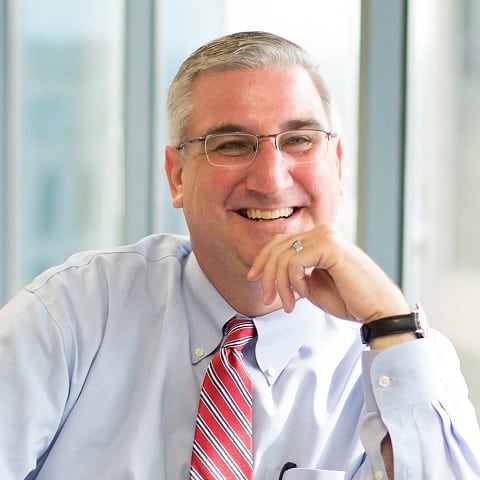 Indiana’s lieutenant governor Eric Holcomb has said that LGBT rights are no longer an issue in the state.

I’ve maintained my approach throughout the last decade+. That means being very available & transparent. I travel the state quite frequently!

Holcomb said gay rights “is not an issue I’m focused on at all. We’ve gotten through that,” he added, “We’ve moved forward as a state.” The GOP candidate also said that the state is “going to protect religious liberties and freedoms…and municipalities can pass local ordinances.” This approach, he said “seems to be working.” 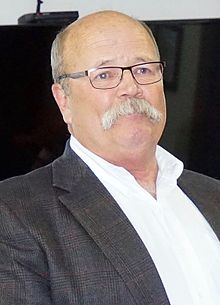 However, on the campaign trail Democratic gubernatorial candidate John Gregg (right) said “Holcomb has his head in the sand to think that the LGBT issue has passed.” Gregg also attacked his opponent can’t to any particular accomplishments in government because he has spent much of his career as a campaign manager for other lawmaker including former governor Mitch Daniels.

“He’s got no program,” said Gregg. “He has no program. There’s nothing out there. That’s because, what’s he going to do, say he knows how to run a good campaign?”