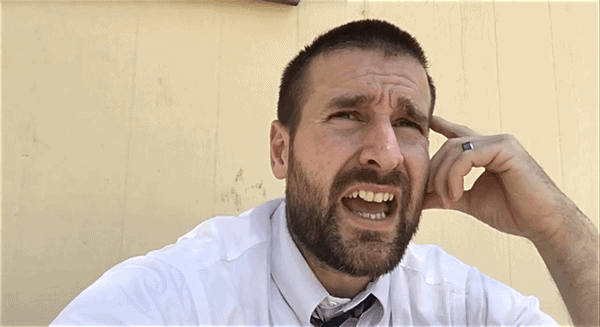 Steven Anderson, the “kill all gays” Arizona pastor who celebrated the Orlando massacre because there are “50 less pedophiles in this world,” has been deported from Botswana, a country that criminalizes homosexuality.  Earlier this month, Anderson was barred from entering South Africa after more than 60,000 people signed a petition opposing his visit.

Pastor #StevenAnderson, a #USA citizen has been declared a Prohibited Immigrant and as such is being deported from #Botswana

The doctrinal statement for Anderson’s Faithful Word Baptist Church in Tempe says that “homosexuality is a sin and an abomination which God punishes with the death penalty.” 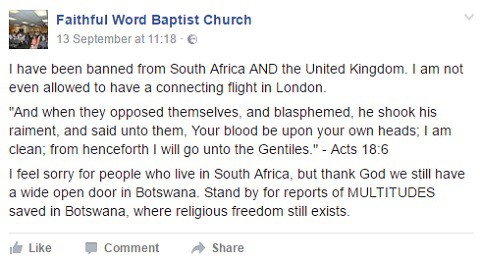 During a radio interview on Tuesday in Botswana, he said that the Orlando victims were “disgusting homosexuals who the Bible says were worthy of death.” He also called for pedophiles and adulterers to be killed and said that the Bible barred women from preaching in church.

Gigaba:#SteveAnderson is not just a homophobe. He also is a holocaust denialist, hates Africans and women. He is Anti Human. @eNCA

“He was picked up at the radio station. I said they should pick him up and show him out of the country. We don’t want hate speech in this country. Let him do it in his own country.”

In 2014, Anderson compared gay people to ax murderers and Hitler and claimed that all gay people are “basically rapists.

RELATED: Botswana’s Former President Calls for Decriminalization of Homosexuality: ‘These are Citizens’

You can listen to the full interview below.