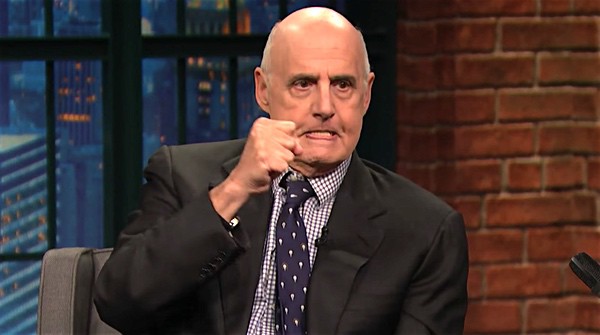 Jeffrey Tambor told Seth Meyers on last night’s Late Night with Seth Meyers that he was getting off a plane in the airport when a man pointed, approached him, and grabbed him because of his role as transgender matriarch Maura Pfeffermen in Transparent.

Tambor says he thought the man was going to “lay [him] out” and was surprised when after being grabbed the man said, “Thank you. Thank you for teaching me about something I did not know.”