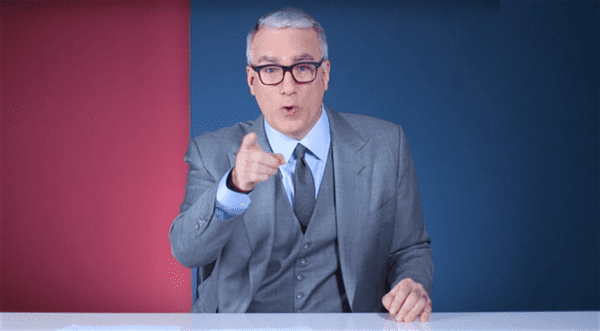 In the latest episode of his GQ web series The Closer, Keith Olbermann focused on Donald Trump’s much touted ‘secret plan to defeat ISIS’ following the attacks in New York and New Jersey over the weekend.

It was back in May 2015 when Trump first said he knew how to defeat ISIS, a plan he couldn’t tell anyone about–not the general public, not even the generals who have been tasked by the US government with bringing down the terrorist organization. 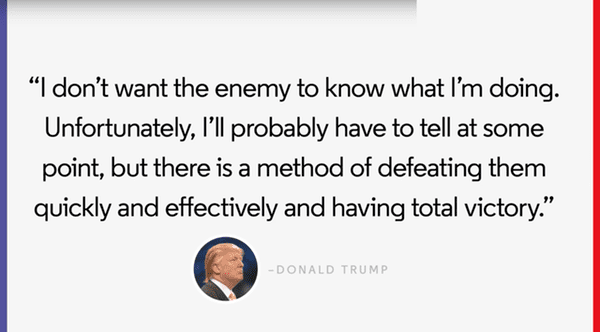 But Donald Trump wouldn’t tell us how to defeat ISIS because he wanted to keep it a secret–a secret that if revealed could have stopped terror attacks around the world and saved countless lives in the last year and a half. But in fairness to the Donald, he didn’t fess up because he couldn’t.

Olbermann explains, “Trump has no idea what to do, except ‘knock them.’ There is no plan, secret or otherwise, there is nothing he is concealing, there is no deal for him to make.”

PREVIOUSLY – Keith Olbermann: Clinton Was Wrong, ALL of Trump’s Supporters are Deplorable – WATCH

But just recently, Trump did give us a window into what he thinks his secret plan is. Olbermann says,

“The secret plan, the foolproof plan, the absolute way of defeating ISIS plan, the one he wouldn’t tell and thus hundreds of people who could have been saved by it I guess were instead murdered, the big plan is to tell the generals they have 30 days to think up a big plan. Trump had no plan. He has no plan. He will have no plan. He is not a leader. He is not tough. He is not concerned about ISIS except as a sales tool to get your vote.”