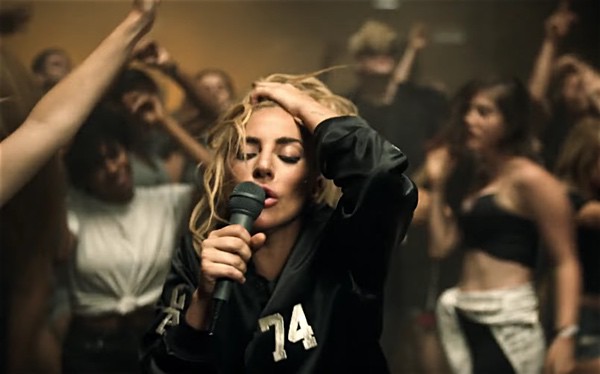 Lady Gaga debuted her “Perfect illusion” video on Tuesday night during Scream Queens on Fox. For the clip, Gaga ditches the theatrical productions we’ve seen in past videos like “Bad Romance” and “Telephone” for a hyperkinetic dance in the middle of the desert with cameos from her co-producers BloodPop, Tame Impala’s Kevin Parker, and Mark Ronson. The video was directed by Andrea Gelardin and Ruth Hogben and produced by Keeley Gould.

The track made its Billboard Hot 100 debut at #15 this week, lower than the lead singles from her two previous albums “Applause” (6) and “Born This Way” (1).

“I actually didn’t choose it. I write the music and make the music and sing music, but I didn’t choose the single. The single was chosen by the record label and a lot of people that work with me. We all decided as a team and together that we liked it as the first song. It’s not necessarily an example of the rest of the record. But it has a strong fire to it. I love the statement. I love what it’s talking about. It feels to me like a message that is timeless, but also really modern to how we experience love nowadays. It’s so hard to know if people are real or not with social media and the Internet.”