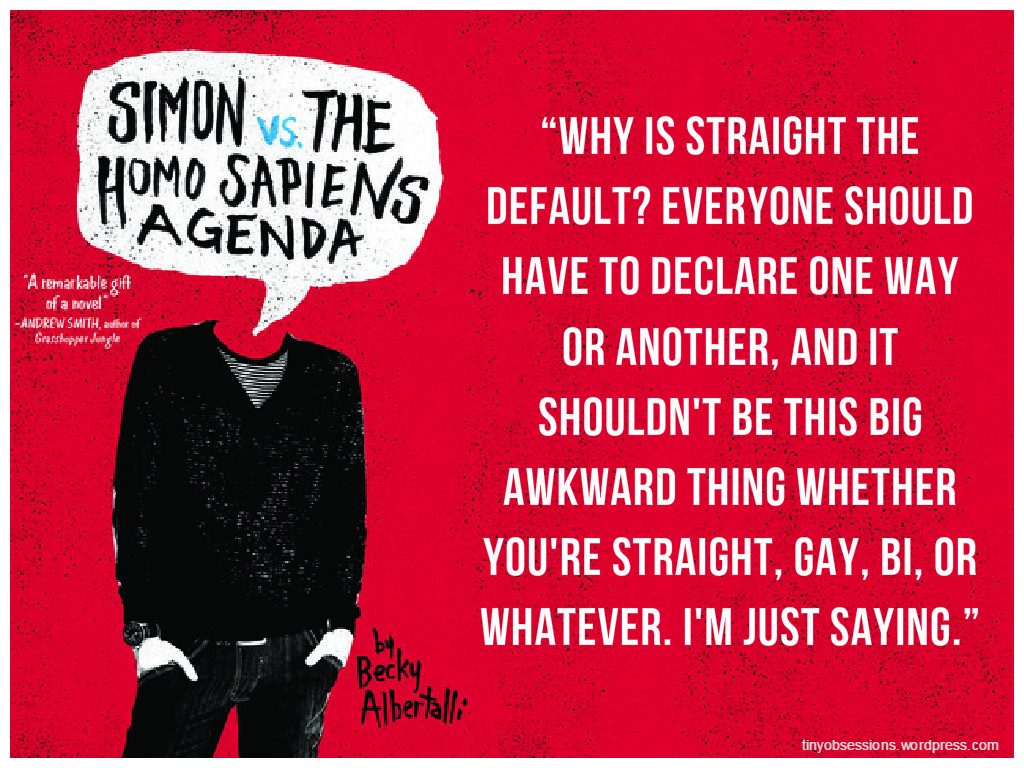 Greg Berlanti (Dawson’s Creek, Brothers & Sisters, Green Lantern, Everwood, Political Animals, Arrow, The Flash and Legends of Tomorrow) is in talks to direct the film adaptation of Becky Albertalli’s “coming-of-age coming-out” novel Simon vs The Homo Sapiens Agenda, according to The Hollywood Reporter:

…the plot centers on a high school junior named Simon whose sexual-orientation secret falls into the hands of the class clown. The latter blackmails the teen into playing cupid and while that unfolds, Simon tries to navigate a way that will let him come out to his friends and family, not pushed out.

Isaac Aptaker and Elizabeth Berger , who co-exec produce the new NBC show This Is Us, wrote the script and an early 2017 start date is being eyed.

The film is being produced by Wyck Godfrey and Marty Bowen of Temple Hill and Pouya Shabazian.

(image via my tiny obsessions)