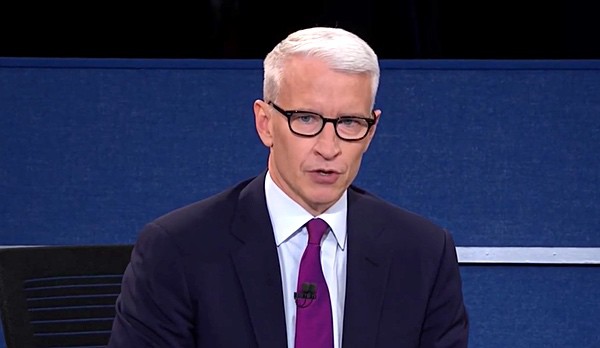 The deplorables were out in force during last Sunday’s presidential debate with tweet after tweet attacking “faggot” co-moderator Anderson Cooper.

Prior to the debate, conspiracy theorist Alex Jones said it would be moderated by “twinkle-toes, bite your pillow” Anderson Cooper. Donald Trump has previously referred to Cooper as “pretty pathetic.”

Among the choicest tweets during the debate, Cooper was called a “traitorous faggot,” a “CIA-puppet Vanderbilt faggot!” and an “obnoxious homo.”

Anderson Cooper is such an obnoxious homo #debate

One tweeter suggested that “Somebody shove a ball gag in Anderson Cooper’s faggot’s mouth.”

Previous Post: « John Weir on the Controlling Effect of Trump’s ‘Locker Room Talk’
Next Post: Gov. Pat McCrory: Caitlyn Jenner Will Need to ‘Use the Men’s Shower’ in NC – WATCH »