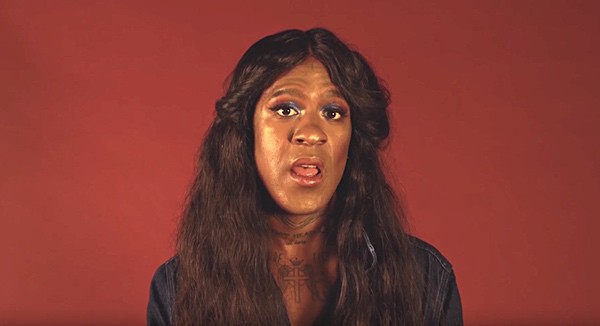 Zoe Leonard, artist, activist and member of the feminist art activist collective Fierce Pussy which worked in association with ACT UP in the early ’90s, penned a poem in 1992 which continues to resonate today.

DAZED, which asked rapper, poet, and performance artist Mykki Blanco to give it a read in a new short film by Alinah Dancyger, notes:

In 2016, as we watch Hillary Clinton and, unbelievably, Donald Trump battle it out for control of America, as xenophobic politicians helped the United Kingdom leave the EU, as Russian bombs drop on Syria, the poem – that aggressively questions the violent banality of our elected politicians – remains as relevant and striking as ever.