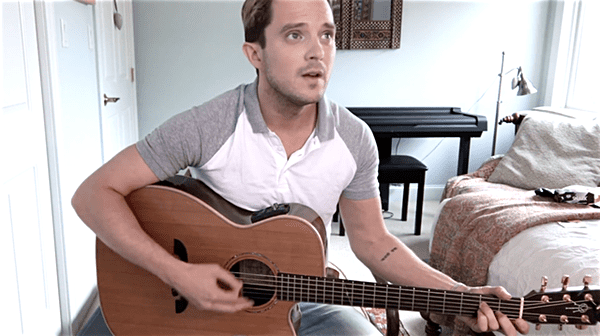 Singer-songwriter Eli Lieb has released another haunting cover of a pop ballad, this time taking on Britney Spear’s comeback track “Make Me.”

Lieb strips the song down, performing it with just an acoustic guitar and some back-up vocals for the chorus. Said Lieb of his cover, “I really love the whole vibe of ‘Make Me’…but I thought I’d give it an acoustic spin.”

In addition to churning out a bevy of pop covers, Lieb has also penned a number of original songs including “Zeppelin”, “Lightning in a Bottle”, “Look Away” (which he performed with Steve Grand), “Young Love”, and most recently, “Pulse”, which he co-wrote with Brandon Skeie in honor of the victims of the Pulse nightclub massacre in Orlando.

Let Lieb make you ooh, below.