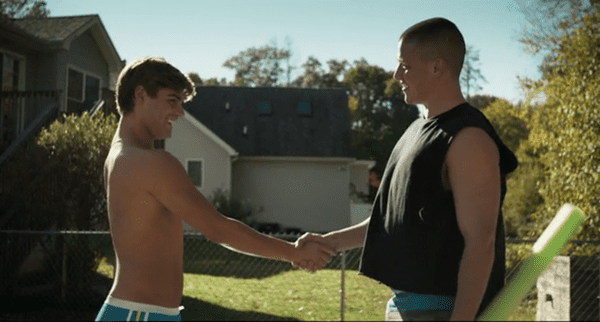 A new clip has just been released from King Cobra, the James Franco-produced movie about the rise of gay adult film star Brent Corrigan and the murder of Cobra Video producer Bryan Kocis.

For those who haven’t been following along with our coverage, here’s a synopsis on the film:

The new clip released today shows Clayton encounter one of Slater’s sweet and unsuspecting suburban neighbors who wonders about all the young boys she sees coming and going from Slater’s house. 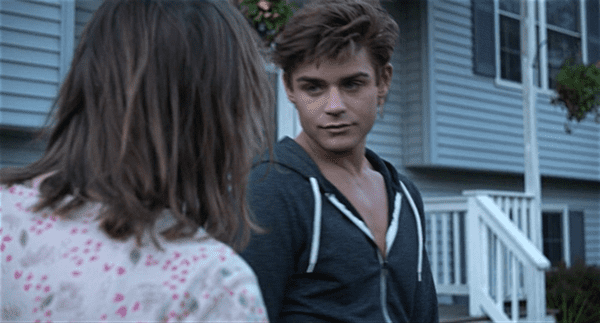 We also see Clayton hitting it off with a fellow adult performer right before they shoot a scene together.

If Clayton’s outfit looks at all familiar in that scene, that’s because you were teased with it during production.

Watch the new clip, below.