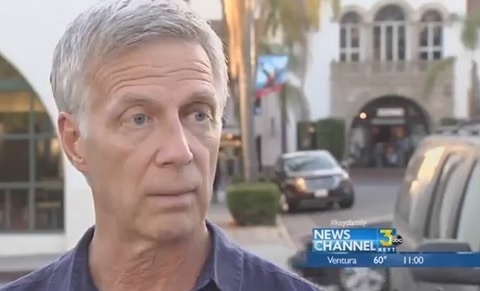 Police in Santa Barbara, California have filed hate crime charges against a known felon who verbally and physically attacked a 64-year-old gay man.

It is alleged that John Savala (54) approached Richard Schiwietz and a friend on State Street and yelled “Faggot. Your mother’s a whore.” When asked to stop, Savala replied “You say one more word, and I’m going to coldcock you.” When Schiwietz challenged Savala to “Try it,” he was punched on the side of his head.

Today is Nat’l Coming Out Day & 1 week ago a hate crime occurred in downtown Santa Barbara against a gay man: https://t.co/bpWeG9v7K1

Schiwietz said that although Santa Barbara is “a very comfortable place to live,” he has encountered homophobia on a number of occasions but has chosen “not to be angry about it and just realize it is other people’s ignorance.”

“Our community is concerned right now. Richard has been living in Santa Barbara for nearly 15 years and is friends with members of our board of directors. Knowing this can happen to LBGTQ+ people any time, anywhere is a reality for many of us. But when it happens in your hometown, with others looking on, that reality is painful. We at Pacific Pride Foundation work hard every day for the equal rights and treatment of our LGBTQ+ neighbors. And we are calling on our community to step in and support one another when you see or hear violence on our streets.”

According to the Santa Barbara Independent, no hate crimes have been prosecuted in the city since 2011. On that occasion, Ryan Zietlow-Brown was sentenced to 22 years in prison after he stabbed a black man multiple times in the forehead with scissors.