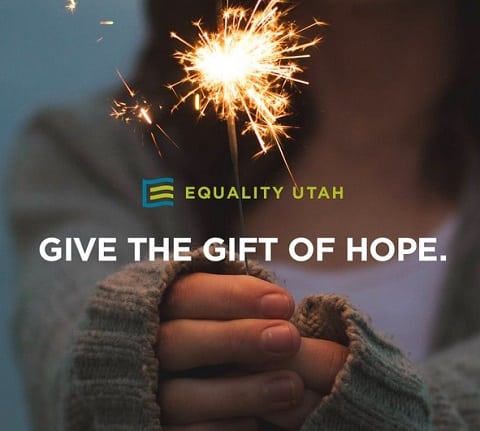 Equality Utah and three parents and their children have filed suit against the Utah State Board of Education for “anti-gay school laws.”

According to the lawsuit, Utah schools subject homosexual students to harassment and bullying, censor their speech, violate their right to association and won’t even let them mention gay issues in a positive way.” It argues that “anti-gay school laws” and regulations in Utah “expressly prohibit speech that ‘advocat[es] homosexuality’ in public school classrooms and student clubs.”

Additionally, it claims that the state “refused to protect a gender nonconforming student from bullying and harassment.”

RELATED: Football Players Angry About Gay Classmate on Homecoming Court Said He Should Kill Himself – VIDEO

The plaintiffs include a male high school student who was bullied and prohibited from talking about his uncle’s same-sex marriage at school, a female student who was punished for holding hands with a girl and a 7-year-old gender nonconforming student who was teased and beaten by his classmates, reports AllGov.com.

The lawsuit provides some specific allegations:

“Even the parents of other students harassed John [Doe] and called him names,” the complaint states. It continues: When John’s mother was dropping him off for picture day early in the school year, she heard a group of parents saying that she was ‘turning him into a faggot’ by allowing John to wear dresses to school. His mother reported the incident to the principal, but he said that there was nothing he could do if she did not know the names of the parents and could not prove what they had said.”

Other students held the boy’s hand to a hot metal slide, giving him second-degree burns, his mother says.

James Doe, a high school student, was bullied, robbed and harassed at school, and when given a class assignment to write and discuss a family history, he was prohibited from talking about his uncle, who is married to another man. “(T)he teacher told James that if he wanted to do his report about his uncle, he would need to do the oral presentation after class, in a one-on-one presentation to the teacher with no other students present,” according to the complaint.

“These are some of the last remaining anti-LGBT laws that are currently being enforced in the country, and they’re especially odious, because they explicitly apply to school classes on every subject. These laws send a message that our lives are shameful and must be hidden and censored. They create a deadly culture of silence and non-acceptance, causing harms that can never fully be undone. The time has come to end the stigma and strike down this shameful law.”

The plaintiffs are seeking an injunction and punitive damages on 14 counts of civil rights violations, including violations of the First, Fifth and 14th Amendments, for students and teachers, and violations of equal access to education and of Title IX.

State and county officials have not yet commented on the case.

Watch Equality Utah’s A Mormon mom’s story of unconditional love for her transgender son below.