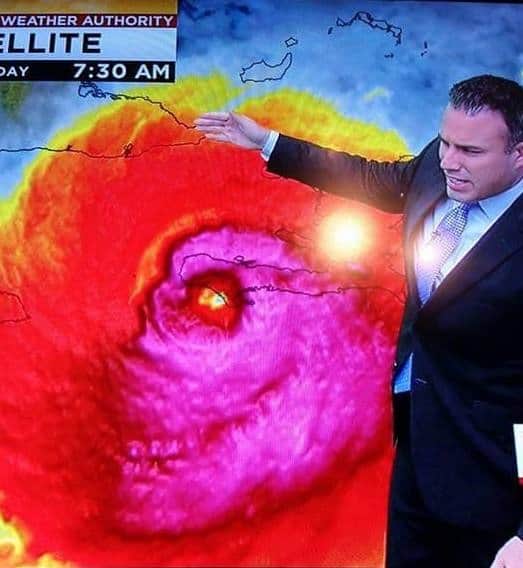 Hurricane Matthew has been sent by God as a punishment to the cities of Orlando and Savannah because they’re having Gay Pride parades this month, says a right-wing conservative.

Andrew Bieszad, a contributor to Shoebat.com, the website run by anti-gay extremists Walid and Theodore Shoebat, made the claims in an essay posted today, Right Wing Watch reports.

The Bible clearly teaches that in the Old Testament whenever the Hebrews were very disobedient towards God, He would send punishments against them, many times in the forms of natural disasters. Christian history also recognizes the same, where God will use His creation to execute judgment against the wicked. While not all bad weather is necessarily a sign of sin, both sacred scripture and sacred tradition clearly note that it can be so. Now we know that Florida is an area that is infected with sin, especially cities such as Miami and Orlando, which are veritable dens of sodomy.

But instead of looking at mere particularities, I thought I would ask a broader question- Is there any “homosexual” activities going on this month in either the Orlando or Savannah areas? Sure enough, I found that both Orlando and Savannah are having massive sodomite pride parades this month, especially in Orlando, which is sponsoring this very weekend as the hurricane is about to hit a massive “coming out” parade sponsored no less than with the major support of the city itself and major corporate backers.

…A hurricane- the storms from an evil being- named after the New Testament Evangelist whose symbol is an angel- a messenger of God and and executor of His will among and upon men- is about to make landfall on the exact area where two massive sodomite parades are taking place and almost to the day for the largest one, and the exact day the hurricane is scheduled to hit is the Feast Day of the Holiest Prayer in the Catholic Church used to fight the most wicked of sins and heresies given by the Mother of God herself.

Oh, and nobody show Bieszad the ‘Skull of Hurricane Matthew’ screen shot above, which is an actual screenshot of the hurricane captured during meteorologist Matt Devitt’s weathercast yesterday.