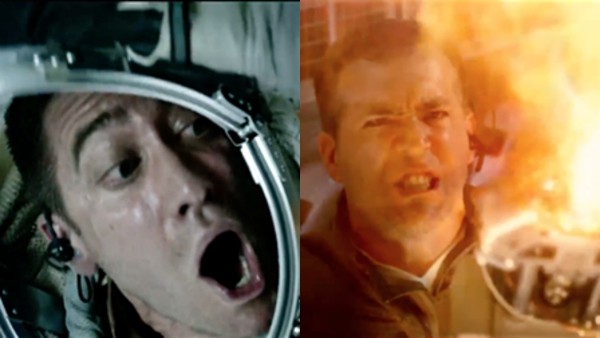 The first trailer for LIFE, a sci-fi thriller starring Jake Gyllenhaal and Ryan Reynolds, has just been released.

Based on a script penned by Paul Wernick (Deadpool, Zombieland) and directed by Daniel Espinosa (Safe House), LIFE follows a group of six astronauts/scientists aboard the International Space Station who retrieve the first known sample of life on Mars. However, what they first believe to be a simple organism turns out to be more intelligent (and dangerous) than they expected.

But unlike sci-fi pics that pit man against alien in a battle that man must ultimately win (think Independence Day) , LIFE, is not sold on the notion that man is good. Ergo, maybe the aliens should kill us all (especially if the aliens have been watching election 2016).

In the trailer, a voice over narrator details man’s ability to destroy pretty much everything he comes into contact with then suggests that maybe we should be looking into ourselves rather than into space for answers about (you guessed it) ‘life.’

In other words, “The fault, dear Brutus, is not in our stars, but in ourselves.”