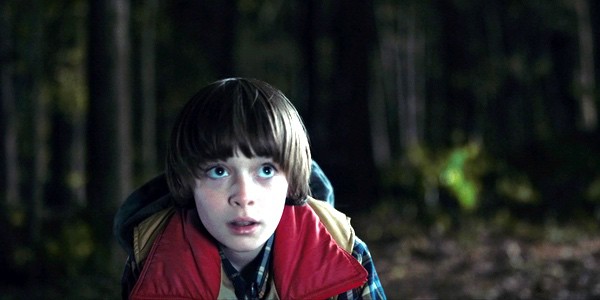 Noah Schnapp, 11, who plays Will Byers on the Netflix series Stranger Things, and is set to be a series regular in 2017, addressed speculation that his character is gay in a beautifully-said Instagram post over the weekend. And you don’t have to be a viewer of the show to appreciate Schnapp’s thoughts on the topics.

So I thought it would be time to jump into the conversation. I’ve been reading stuff for a while.

I think everyone here is missing the point. An author called Gary Schmidt came to speak at our school this week and he said that good stories aren’t supposed to leave you with answers because then you never question yourself and you forget about it.

A good book, or a good show leaves a lot of unanswered questions but makes you think. Which is what you are all doing.

For me, Will being gay or not is besides the point. Stranger Things is a show about a bunch of kids who are outsiders and find each other because they have been bullied in some way or are different. Does being sensitive, or a loner, or a teenager who likes photography, or a girl with red hair and big glasses, make you gay?

I’m only 12 but I do know we all relate to being different. And that’s why I think the Duffers wrote the show the way they did. So you can ask all these questions. I hope the real answer never comes out! #dufferbrothers ❤️❤️

Some background on the speculation:

In July, amid several popular threads discussing the topic on message boards and websites like Reddit, Daniel Reynolds, a writer for The Advocate, previously published a lengthy essay in which he examined the show as a meditation on homophobia in American culture, citing the treatment of both Will and Barb as examples of queer characters treated as “outsiders” who are dragged to the Upside Down and left to die, which he argues is a “potent metaphor for the closet.”

Schnapp spoke with the Wall Street Journal in late August about the series and his character: