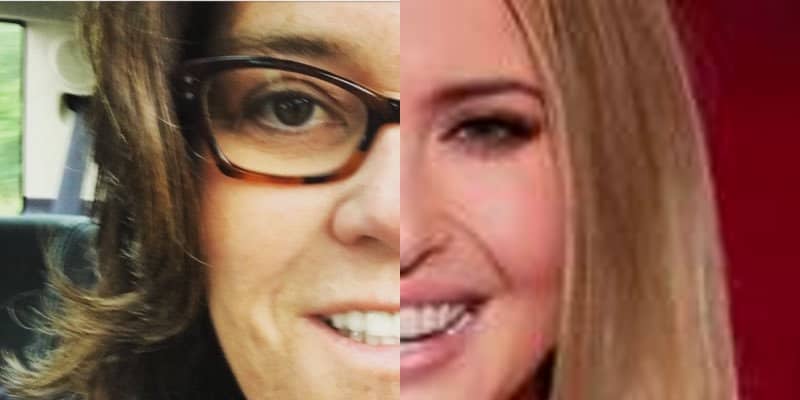 Yesterday we reported on Rosie O’Donnell’s meeting with Ivanka Trump at a Manhattan Nobu restaurant on 57th street. O’Donnell tweeted about the encounter shortly after it took place:

O’Donnell, of course, has been in a vocal feud with Donald Trump for years, and was mentioned at the end of last week’s presidential debate.

Spurred on by accusations from Clinton about his derogatory remarks toward women, Trump brought up O’Donnell out of the blue, saying, “Rosie O’Donnell, I said very tough things to her, and I think everybody would agree she deserves it.”

After the debate, O’Donnell tweeted, “HE WILL NEVER BE PRESIDENT.” She also tweeted the video which started the feud in the first place and referred to Trump as an “orange anus.”

It was the second time Trump had mentioned O’Donnell in a presidential debate. In the primary, he mentioned her too when host Megyn Kelly asked Trump about his off-color remarks about women over the years – calling them “fat pigs,” “dogs,” “slobs,” and “disgusting animals.”

Now, Rosie has reflected on the meeting with Ivanka and penned a poem. Here’s what we learned from it.

O’Donnell is still suffering from depression:

it’s hard to walk
to shower
to try
to care

She did not realize that she had seen Ivanka at first after seeing an attractive couple sitting at a booth:

two
so connected
alone together
in a crowded corner

Ivanka is stunning in person, at least to Rosie:

i was captivated by her beauty
it blinded me so

Rosie still worries about the heart attack she had, and feared she might have another one when she saw Ivanka:

The encounter was civil and they talked about family:

Rosie believes it was fate that they met:

as her father has
same as my own

Read the poem in full HERE.

Previous Post: « Keith Olbermann Has a Few Predictions About Trump and This Sunday’s Second Debate: WATCH
Next Post: Drag Is A Family Affair On ‘RuPaul’s Drag Race All Stars 2’ [RECAP] »