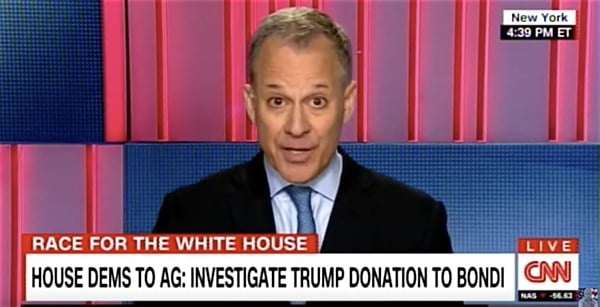 The letter sent on Friday and made public on Monday says the organization has been operating without certification required of a charity to solicit donations.

“The Trump Foundation must immediately cease soliciting contributions or engaging in any other fund-raising activities in New York,” wrote James Sheehan, the chief of the charities bureau.

Mr. Trump’s foundation has come under increasing scrutiny amid questions about his fulfillment of large charitable pledges and his lack of financial support in recent years.

The foundation’s compliance with the rules that govern nonprofit groups has also been a concern. The New York Times reported last month that Mr. Trump’s foundation does not show up on the charity registers in many states and The Washington Post subsequently reported that the foundation did not have the certification necessary to solicit money in New York.

Trump spokeswoman Hope Hicks said in response to the cease and desist order,

Trump has 15 days to provide the state with documents it has requested. Should the Trump Foundation not comply, the state attorney general’s office said they would view the defiance as an “act of fraud” perpetrated upon the people of New York.

NBC’s Katy Tur shared a copy of the letter on Twitter.