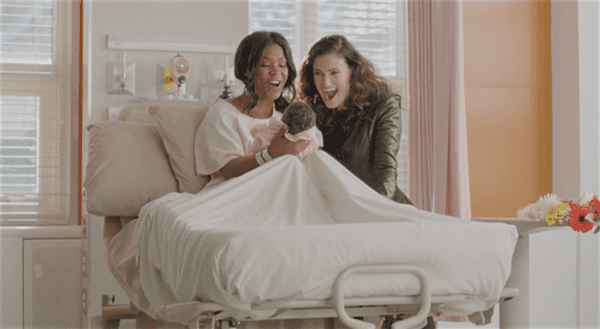 The first official trailer for the much-talked about Lifetime remake of Beaches is here.

Idina Menzel steps into Bette Midler’s shoes as C.C. while Nia Long recreates the role of Hillary as originated by Barbara Hershey.

The Hollywood Reporter has more on the remake:

The remake will follow CC as she builds her career in Los Angeles, whereas the original took the young pair to NYC while CC made a name for herself on Broadway.

In August, Midler said she “can’t wait” to see the Frozen star step into her iconic role. “Can’t wait to see Idina Menzel as CC in Lifetime’s ‘Beaches!’ ” she tweeted, adding: “DON’T TELL ME THE ENDING!”

Previous Post: « Santa Comes Early for a ‘Boxers or Briefs’ Holiday Party – WATCH
Next Post: Trump Spokesman Refuses to Admit That Flag Burning Is Protected Under the 1st Amendment – WATCH  »