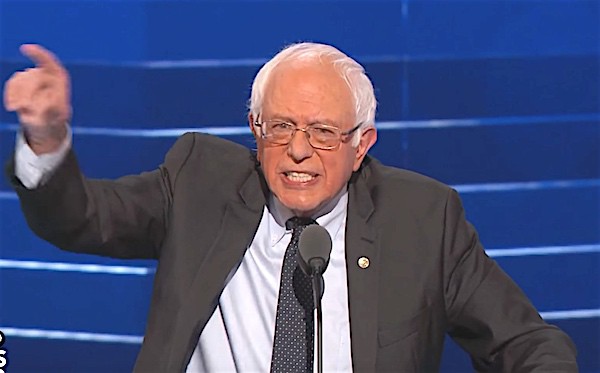 Senator Bernie Sanders has said the Democratic Party needs to move beyond “identity politics” and stand with middle America in order to in order to connect with more voters.

The Democratic Party can no longer be led by the liberal elite. We have to stand up to Wall Street and the greed of corporate America.

According to The Hill, while speaking at the Berklee Performance Center in Boston on Sunday, Sanders, who came in second place to Hillary Clinton for the Democratic presidential nomination this year, said:

“The working class of this country is being decimated — that’s why Donald Trump won. And what we need now are candidates who stand with those working people, who understand that real median family income has gone down.”

RELATED: Hillary Clinton, Bernie Sanders, and What Must End Before Any Revolution Can Happen

Named chair of outreach among the Democratic Senate leadership earlier this month, the Vermont Senator said on Twitter last week that he is “deeply humiliated that the Democratic Party cannot talk to the people where I came from.”

I come from the white working class, and I am deeply humiliated that the Democratic Party cannot talk to the people where I came from.

Watch Sanders explain why he thinks the Democrats lost the election to Donald Trump below.