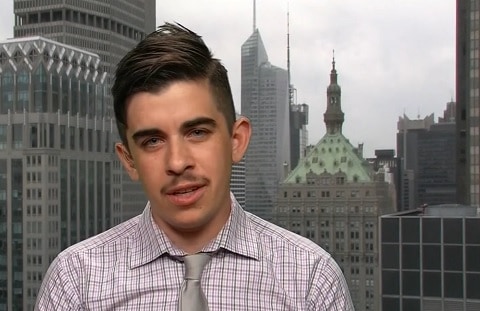 The American Civil Liberties Union (ACLU) is reporting that many transgender people in the U.S. are concerned for their safety following the election of Donald Trump.

According to ACLU attorney Chase Strangio (above), transgender people “are concerned for their safety, survival and legal rights in the coming years.”

It is feared that the Trump administration could abandon or weaken efforts by President Obama to enable transgender students to use bathrooms matching their gender identity at public schools, support legislation limiting trans rights in states around the country, and also counteract progress made towards allowing trans people to serve openly in the military.

Brief just filed in court essentially suggesting "transgender" people are made up. But by all means joke about how we lost the election. pic.twitter.com/oXFTZ7v5OY

During the presidential campaign, Trump sent mixed signals about his approach to transgender rights.

At one point, he said transgender celebrity Caitlyn Jenner could use whatever bathroom she preferred in one of his luxury buildings — an offer Jenner later took up at the Trump International Hotel and Tower in Manhattan. However, Trump has declined to repudiate a divisive North Carolina law that restricts transgender people’s bathroom access. He has said such policy decisions should be left up to the states.

Since his election, Trump has not publicly addressed transgender issues, though he did ease some concerns among gays and lesbians by saying that he considered same-sex marriage to be settled law. Transgender-rights activists remain wary, depicting Vice President-elect Mike Pence and some members of Trump’s transition team as hostile to their causes.

“I’ve heard from many people that they feel scared and alone, but they are not alone, especially now. There is an army of smart lawyers and activists who are committed to protecting them and fighting for them.”

According to the National Coalition of Anti-Violence Programs, 23 trans or gender-fluid people have been homicide victims in the U.S. so far this year. Nearly all of these victims were black or Latina transgender women.

Previous Post: « Bernie Sanders: ‘I’m A Woman, Vote For Me’ Is Not Good Enough – VIDEO
Next Post: LIVE Updates From the NYT’s Meeting with President-Elect Donald Trump – READ »