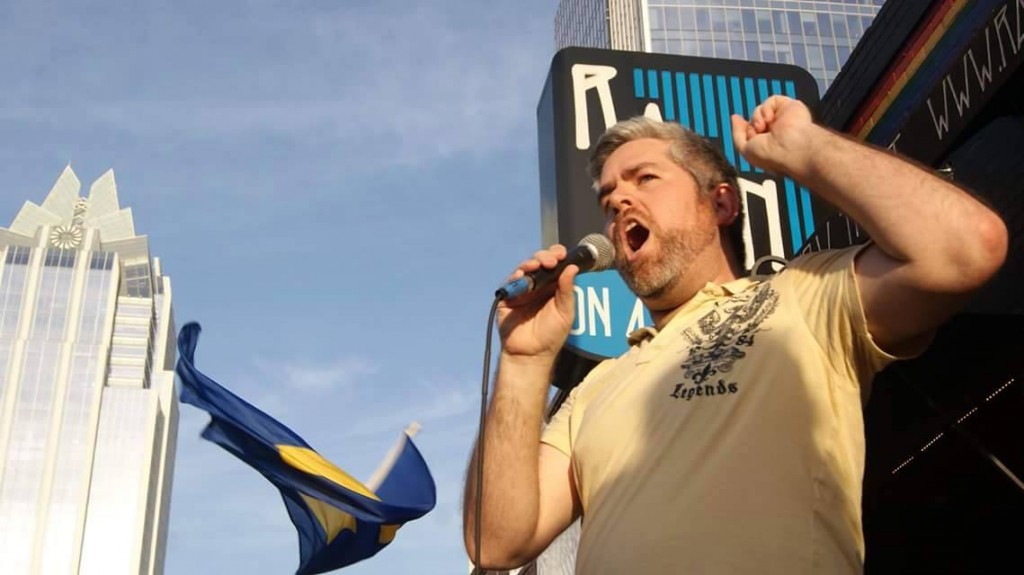 At least one bigot named Donald went down on Election Day.

Austin is the nation’s third-gayest city, but hasn’t had an out council member since 2010. Flannigan, the former president of the city’s LGBT chamber of commerce, will change that when he takes office in January.

Two years ago, Zimmerman defeated Flannigan by just a few hundred votes. But on Tuesday, Flannigan outpaced Zimmerman by more than 3,000.

The Austin Statesman notes that given Hillary Clinton’s looming defeat in the presidential race, Flannigan’s victory “was wrapped in a shroud of defeat.”

“I know things are a little awkward at the moment,” Flannigan told supporters Tuesday night, “but I think we’ve proven that in Austin, we know how to get rid of The Donald.”

More from the Statesman:

Thematically, Flannigan’s battle against Zimmerman mirrored Clinton’s race against New York businessman Donald Trump. Zimmerman and Trump both have a penchant for inflammatory statements, filing lawsuits and complaining that the system — whether in City Hall or Washington, D.C. — is rigged against the common man. Clinton and Flannigan both argued their opponents’ temperaments made them poor fits for office.”

On Wednesday, Flannigan took to Facebook with some advice for those reeling from Trump’s victory: