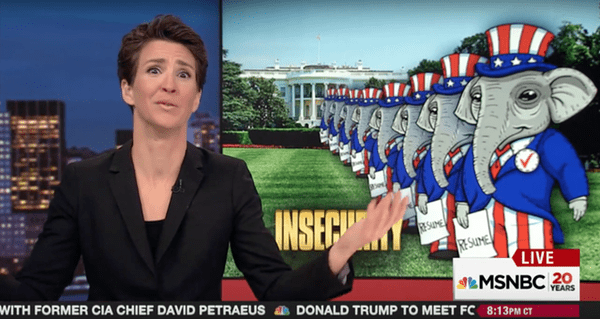 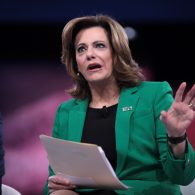 As we reported yesterday, McFarland outed her gay brother to their family while he was dying of AIDS. McFarland also reportedly refused to visit her brother in his final years.

Maddow, for her part, examined McFarland’s spectacularly disastrous attempt to run for the U.S. Senate in 2006 and be the Republican challenger to Hillary Clinton, who sought reelection that year.

Now, the “upper east side society matron” who was registered to vote at two addresses, who illegally charged her Rudy Giuliani golf games to her donors, who said she was the highest ranking woman in the Pentagon when she was not, who said she was the first female staffer on the Senate armed services committee which she was not, who said she wrote [Ronald Reagan’s] Star Wars speech when she did not, turns out what she did do after that hilariously inauspicious obscure debut in electoral politics, what she did do is she got a contributor gig at Fox News after all of that. And that is apparently enough because now she is about to become the deputy national security adviser to the President of the United States.

Maddow did not, however, make mention of McFarland outing her brother or his comments on his sexuality and in particular what she called his “promiscuity.”