POLLS. Polls are all over the place. Trump and Clinton are tied in the new ABC News/Washington Post poll. And here’s this nugget: “However, Trump has opened up an eight-point advantage over Clinton on which candidate is more honest and trustworthy, leading 46 to 38 percent among likely voters. The two candidates were tied on this measure the last time a Post-ABC poll asked the question in September; when asked individually, past polls found majorities seeing each candidate as dishonest.” A Florida poll gives Clinton an eight point lead in that state.

LAST STRAW. New Clinton ad shows Republican slamming Trump over the gender issue: “The ads, debuting in numerous battleground states, including Florida, Iowa, Nevada, New Hampshire, North Carolina, Ohio and Pennsylvania, are part of a renewed offensive push for a Clinton campaign that spent the weekend reeling from FBI Director James Comey’s revelation that the bureau planned to review new emails that may be relevant to its probe of Clinton’s email practices.”

ELECTION DAY. White nationalists plan show of force, voter suppression: “Neo-Nazi leader Andrew Anglin plans to muster thousands of poll-watchers across all 50 states. His partners at the alt-right website ‘the Right Stuff’ are touting plans to set up hidden cameras at polling places in Philadelphia and hand out liquor and marijuana in the city’s “ghetto” on Election Day to induce residents to stay home.”

FAMILY RESEARCH COUNCIL. Hate group puts out SCOTUS video urging voters to go for Trump. “At this writing the ad has 255K views on Facebook.”

THE SPEECHES. Clinton’s Goldman Sachs speeches to be published in book, with foreword by Julian Assange, without her permission: “Asked whether he was planning to pay Clinton for her work, Robinson said, ‘She already got paid for those.'” 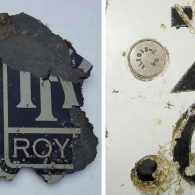 MH370. Doomed Malaysian airliner made rapid descent, experts say. “The Boeing 777 disappeared while flying to Beijing from Kuala Lumpur with 239 people on board in March 2014. Despite an extensive search no trace of the plane’s fuselage has been found.” But the Australian Transport Safety Bureau (ATSB) said analysis of two recovered wing flaps showed they were not in the landing position when the plane went down in the Indian Ocean. Satellite data also indicated a “high and increasing rate of descent”, said the report.”

OBAMA FOR HILLARY. The President campaigned for Clinton in Columbus, Ohio on Tuesday: “If you disrespect the Constitution by threatening to shut down the press when it doesn’t say things you like or threaten to throw your opponent in jail or discriminate against people of different faiths — if you do that before you are elected, then what are you gonna do when you have actual power to do those things?” 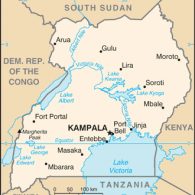 TRILOBITE BEETLE. From deep in the jungle of Singapore. “National Geographic Young Explorer Mark Wong found this strange-looking beetle while walking through the jungle in Singapore. It’s a rare and mysterious female trilobite beetle, an ancient-looking insect that has kept scientists baffled for nearly two centuries.”