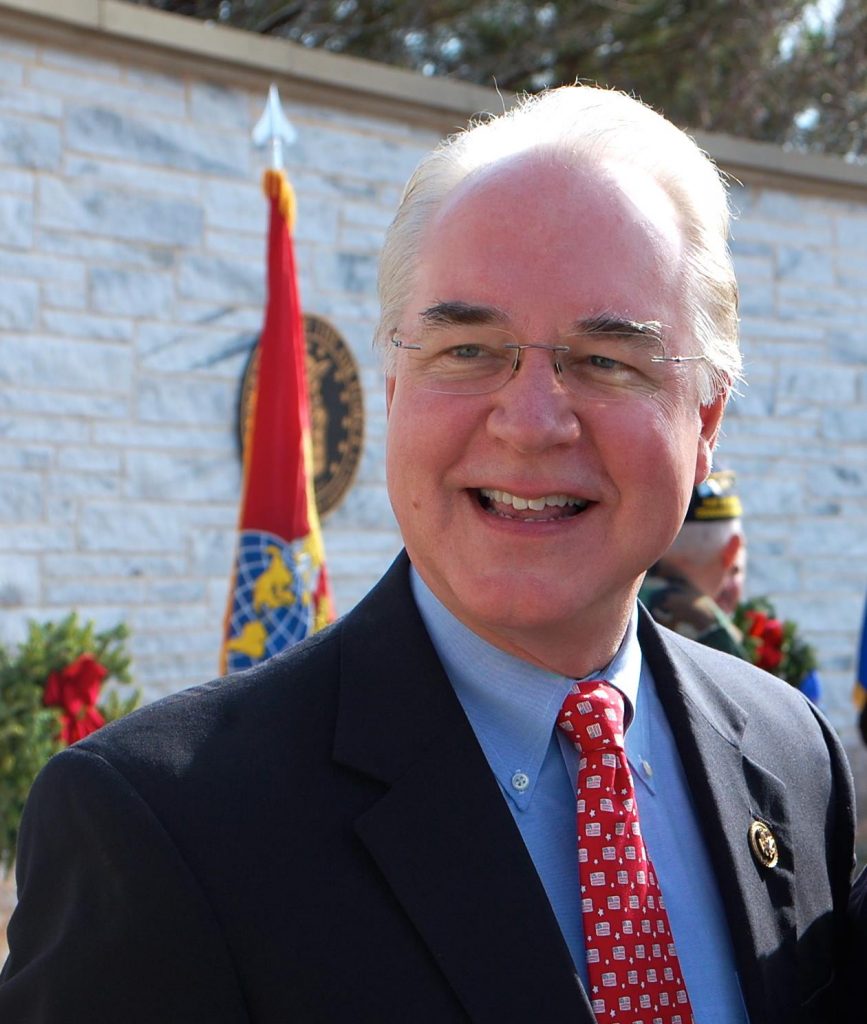 Mr. Price is a strong conservative who invariably excites the audience at the annual Conservative Political Action Conference. His website lists him as a member of the Tea Party Caucus….

…Mr. Price is also an outspoken opponent of abortion and has consistently received ratings of 100 percent from the National Right to Life Committee and scores of zero from the Planned Parenthood Federation of America.

Gay rights groups have also been critical of Mr. Price. Sarah Kate Ellis, the president and chief executive of GLAAD, formerly known as the Gay and Lesbian Alliance Against Defamation, said Mr. Price was “completely unfit” to be health secretary.

When the Supreme Court ruled last year that the Constitution guarantees a right to same-sex marriage, Mr. Price said it was “not only a sad day for marriage, but a further judicial destruction of our entire system of checks and balances.”

Price is against transgender rights as well. He called the Obama administration’s guidelines to schools “absurd” in a Facebook post last May:

It is absurd that we need a “federal restroom policy” for our nation’s schools. This is yet another abuse and overreach of power by the #ObamaAdministration, and a clear invasion of privacy. Schools should not have to fear retaliation for failure to comply. 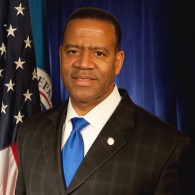 Price also supported fired Atlanta Police Chief Kelvin Cochran after Cochran was suspended for remarks he made about gay people in a book, calling homosexuality a “sexual perversion” and comparing homosexuality to sex with animals and pederasty. Price signed on to a letter to Mayor Reed, who fired Cochran, arguing that Cochran’s ‘religious freedom’ rights had been violated. 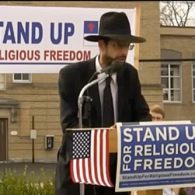 In 2013, Price joined a conference call with Tea Party Unity to talk about gay rights and let his thoughts be known, according to a report from Right Wing Watch:

The caller was none other than Rabbi Noson Leiter, who blamed Hurricane Sandy on New York’s marriage equality law. Leiter warned about the “tremendous medical health impact and economic impact” of the “homosexual agenda” and asked Price whether Congress will consider studying the “fiscal impact” that “promoting such a lifestyle will result in.”

Price hailed Leiter and said he was “absolutely right,” adding that “the consequences of activity that has been seen as outside the norm are real and must be explored completely and in their entirety prior to moving forward with any social legislation that would alter things.”

He went on to say he was dismayed by “people who wake up one morning and think that they’ve got a grand new way of doing something” that ends up becoming “a huge cost-driver to state pensions” and have significant health costs.

Previous Post: « ‘Floor and Decor’ Apologizes for Manager Who Called Gay Man a ‘Faggot’ in Front of His Kid
Next Post: Donald Trump: People Who Burn the American Flag Should Lose Citizenship or Go to Prison »