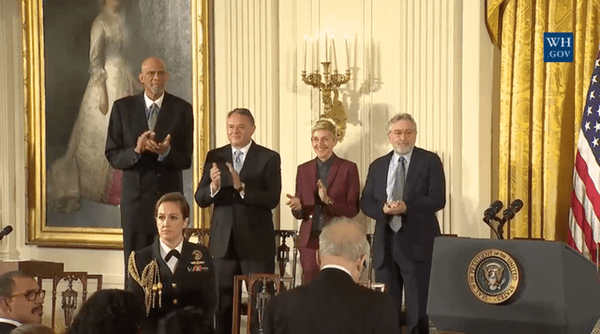 Today President Obama will award Ellen DeGeneres and a host of others the Presidential Medal of Freedom, the highest honor a civilian in the U.S. can receive.

In a news release, Obama said the activists, athletes and artists “helped push America forward, inspiring millions of people around the world along the way.” He added that the medal is “a tribute to the idea that all of us, no matter where we come from, have the opportunity to change this country for the better.”

Ellen had a bit of a problem getting into the event, however as she forgot her ID.

They haven't let me in to the White House yet because I forgot my ID. #NotJoking#PresidentialMedalOfFreedom pic.twitter.com/sHocwqChKV

Though they finally let her in.

Ted Cruz had this snarky response.