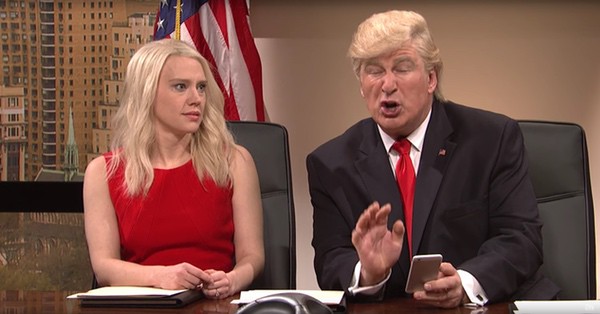 Donald Trump was ruthlessly mocked in Saturday Night Live‘s cold open last night, which shone a light on the disturbing news that the President-Elect is ignoring vital intelligence briefings in lieu of spending time blocking and retweeting random people on Twitter.

It also mocked him for bragging that in just 25 days since the election he has already solved the problems of unemployment and healthcare, “and Osama bin Laden is dead.”

Baldwin’s Trump also mistakes himself for a plate of mashed potatoes.

“Do I have to? … Well then can I at least have a picture of us together where he looks like a little bitch?”

Trump was watching. And Baldwin offered to stop the mockery if Trump releases his tax returns…