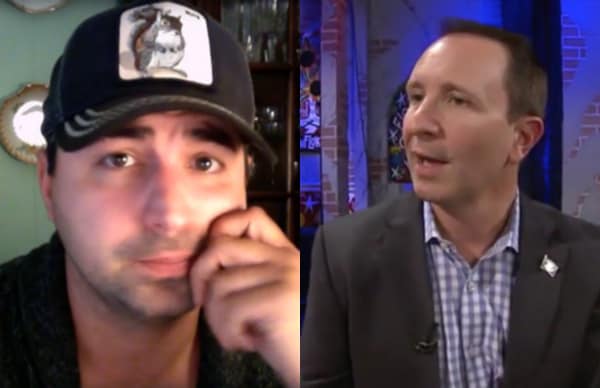 Louisiana Attorney General Jeff Landry (R) is speaking out about his fight against LGBT rights and how that impacts his relationship with his gay brother.

Meanwhile Landry’s brother, Nicholas Landry, has been a vocal LGBT rights activist and said in November that he has essentially become estranged from his family over his brother’s battle against equality.

In a video posted on YouTube, Landry says, “My coming out process was not the easiest time, and now that I’m standing on my own, I know I can’t sit silent anymore.”

He added, “I’m not really into politics (but) Jeffrey is suing…to block the right for equal marriage and equal rights in the state of Louisiana… It’s that kind of hatred and that kind of bigotry and that type kind of discrimination that is, just, uncalled for.”

Previous Post: « The Best News Bloopers of 2016 Are Here to Make You LOL – WATCH
Next Post: Childish Gambino Gets Shirtless on ‘Jimmy Fallon’ – WATCH »