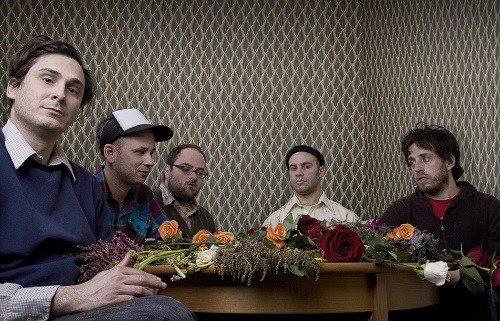 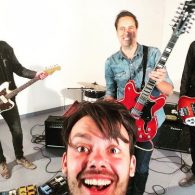 You hear of a new band called Laura Palmer and you immediately think someone is trying to cash in on the Twin Peaks revival.

However, Netherlands nugaze outfit Laura Palmer have been around since 2012 and really, who cares one way or the other when the music is this good.

Shoegaze / nugaze bands are two-a-penny but Laura Plamer are the real deal.

In their own words:

Laura Palmer’s music can be characterized as Nugaze. Laura combines layered guitars, drum machines and electronics into well structured melodic songs…anyway she tries. Influenced by Joy Division and new wave bands like The Cure, The Sound and Echo & The Bunnymen, Laura produces a wall of sound in a dynamic and melodic kind of way. In addition to this Laura mixes more or less early nineties shoegaze and modern post rock influences. The outcome is surprisingly authentic and real!

Have a listen to latest track “Event Horizon” below. 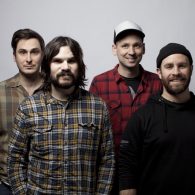 Joan of Arc (above and right) is a band that you can always count on to do something different. In that respect they are comparable to the likes of Neutral Milk Hotel and Xiu Xiu.

With their first album in five years due out in January 2017, Joan of Arc have issued lead track “Full Moon And Rainbo Repair.” Always evolving and experimenting with new sounds and techniques, the track is a tribute to Chicago, the city where Joan of Arc members are based.

For Joan of Arc, ‘Full Moon And Rainbo Repair’ is a somewhat subdued affair as Tim Kinsella riffs on the idea that “you don’t get to know things I don’t know.”

Everyone that’s ever been in a band knows how funny the first, thrown-off, working title of a song can be compared to what that song evolves into. This song is forever known between us as “Jay Z.” The seed of the song was Melina’s first ever guitar riff. And we wanted to make a sort of love song to Chicago, anthem kind of thing. But it ended up tilting toward being a love song about Chicago. I imagine the man singing it somewhere between Steve Buscemi’s character on Boardwalk Empire and Van Morrison’s “Linden Arden.”

You can preorder album He’s Got The Whole This Land Is Your Land In His Hands now through Joyful Noise.

Have a listen to the track below. 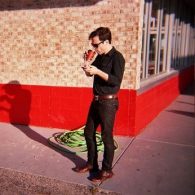 Sun Airway is the project of Philadelphia native Jon Barthmus.

While Barthmus’s first album as Sun Airway, 2010’s Nocturne of Exploded Crystal Chandelier was favourably comparable to Sin Fang Bous’ playful electronic wizardry, as was Soft Fall, there’s always been an indie fuzz hum to his sound and that takes precedence on “Foam.” 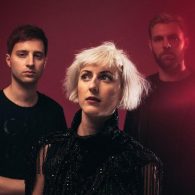 In the UK, the Christmas ad for retailer John Lewis is quite the big thing and almost guarantees success for whomever is chosen for that year’s soundtrack. Previous years have seen Tom Odell (2014), Aurora (2015) and Lily Allen (2013).

Each year, an artist takes a well-known song and provides a usually schmaltzy but kinda lovely cover for the Christmas ad.

This year that honor goes to Vaults with their cover of “One Day I’ll Fly Away” which is also included on their debut album Caught In Still Life.

The London-based trio have been on the go for quite a few years now. There is the chance that the John Lewis cover could overshadow everything else but let’s hope that people are moved enough by the ad to go out and buy the album.

Caught In Still Life is decidedly commercial electropop with a depth provided by the massive vocals of Blythe Pepino.

Previous Post: « Watch LIVE: NC Lawmakers Convene for Possible Repeal of HB2
Next Post: The Coming Republican Healthcare Nightmare–And How to Fight It »