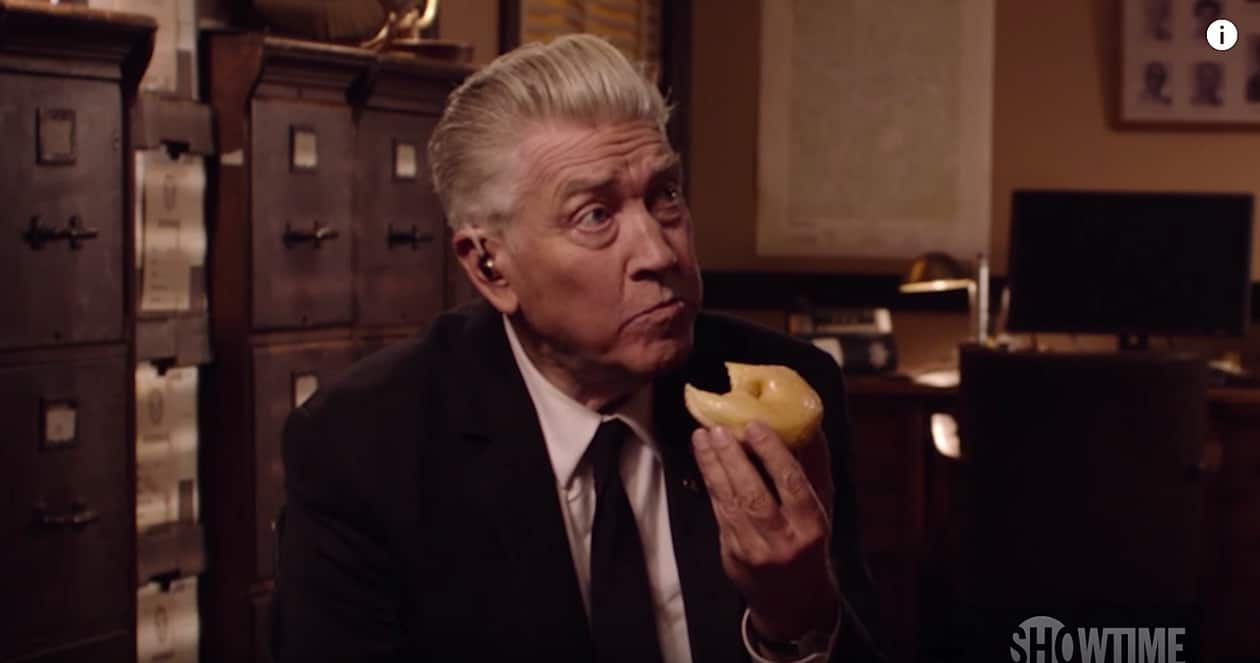 Director/creator David Lynch returns as FBI Regional Bureau Chief Gordon Cole and eats a donut — and that’s all — in a new teaser for the Showtime reboot of Twin Peaks coming this year.

So far we’ve had several small teasers from the show, and a book.

The most recent teaser featured a bunch of returning cast members talking about their excitement at being involved with the show again. Watch it HERE.

Audible also released a preview of the first four pages of David Frost’s Twin Peaks revival tie-in novel The Secret History of Twin Peaks, which enlarges the world of the iconic series ahead of the coming reboot.

The preview featured David Patrick Kelly reading a memo to “special agent” – dated 8/4/2016 – from David Lynch’s character Gordon Cole. The memo concerns a secret dossier recovered on 7/17/2016 relating to a series of murders in a town called Twin Peaks in 1991….

Listen to it HERE.

Another teaser featured a scenic revisitation of the waterfall, forests, and the stunning mountains which give the town its name, climaxing in a classic bit of Lynchian “what the hell was that?” near the end.

And here’s the latest – David Lynch eating a glazed donut:

Are you excited for the reboot? Which characters would you like to see return?