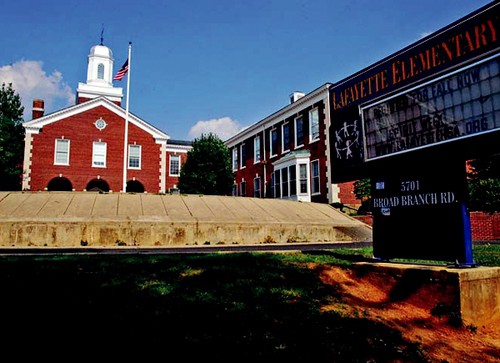 A public school near where VP-elect Mike Pence is staying during the transition has removed a gay pride flag it was flying in solidarity with the LGBT community because it is too ‘political.’ 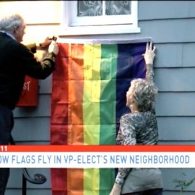 Lafayette Elementary School was given the rainbow flag by its residential neighbors who began flying pride flags after they learned Pence would be staying in the neighborhood until he moved into the Naval Observatory (the historic residence of the sitting VP).

Pence’s new neighbors said the flags were meant to be a respectful protest of Pence’s long history of opposing LGBT rights.

RELATED: D.C. Neighbors of VP-Elect Mike Pence Troll Him with Rainbow Flags for His Anti-Gay Views

Lafayette’s principal sent a letter home to parents saying that while they “welcome all students and families of all identities” and “pride ourselves on our diversity and our inclusivity, including but not limited to LGBQT families,” they wanted to be “mindful of wading into political waters.”

The school received the flag as a “gift from the neighborhood” and displayed it, Lafayette Principal Carrie Broquard wrote in a note to parents sent Monday. However, “Given the current political landscape, our commitment is to remain neutral,” she writes. “In order to avoid any unwanted attention or to have any symbols misinterpreted as a political action, the flag has been removed.”

Previous Post: « Tom of Finland’s Hypersexualized Drawings Come to Life in Animated DJ Hell Video: WATCH
Next Post: Is This What It’s Like Hitting on a Straight Guy? – WATCH »