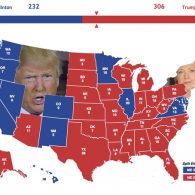 ELECTORAL COLLEGE. Revolt goes poorly as Trump wins easily: “Trump’s defeat of Hillary Clinton follows a desperate and unprecedented attempt by Democratic electors to foment a revolt by convincing Republican electors to vote against him, an effort that collapsed with little to show for it. Just two of the 306 Republican electors, both from Texas, ultimately cast a ballot against Trump.”

BILL CLINTON. Emotional after casting electoral vote: “I never cast a vote I was prouder of…You know, I watched her work for two years. I watched her battle through that bogus email deal. She fought through that. She fought through everything, and she prevailed against it all and then at the end … the FBI deal — she couldn’t prevail against that.”

Bill Clinton speaks to the press in Albany, praises Hillary for persevering through "that bogus email deal." pic.twitter.com/hnXwwAXrJs

BERLIN. Nine dead as truck plows through Christmas market: “It drove into the crowd on a sidewalk, bringing down Christmas lights and smashing stalls at the festive market near the Gedaechtniskirche, or Memorial Church, in western Berlin.”

TURKEY. Russian ambassador shot at photo exhibit in Ankara: “A Turkish policeman fatally shot Russia’s ambassador to Turkey on Monday in front of a shocked gathering at a photo exhibit and then, pacing near the body of his victim, appeared to condemn Russia’s military role in Syria, shouting: ‘Don’t forget Aleppo! Don’t forget Syria!'” 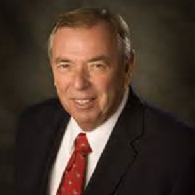 HOLIDAY DREAD. Do you have it?

PARDONED. Obama pardons 78 federal inmates, shortens sentence for 153: “President Obama has pardoned 78 people and shortened the sentence of 153 others convicted of federal crimes, the greatest number of individual clemencies in a single day by any president, the White House said Monday.”

KATY PERRY. There is new music coming, it seems. “The 32-year-old singer has not released a full album since Prism in October 2013 and fans are hoping that she’ll drop new music in 2017.”