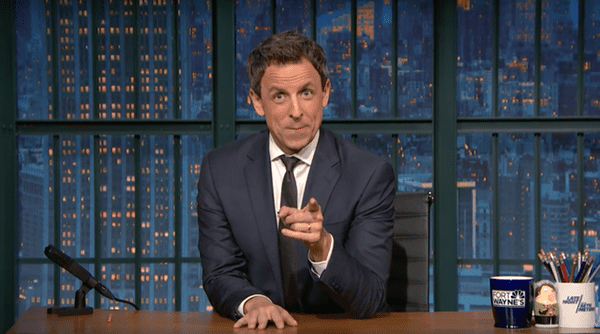 Seth Meyers has a message for media and news organizations who are partaking in the normalization of the so-called “alt right”: “get you sh*t together.”

Meyers pointed out several stories that downplayed the danger posed by white nationalists in America. Referring to a CNN headline that read, “Hipster or hate monger? The trendy young face of Austria’s far right”, Meyers asked, “How do you confuse hipsters with Nazis?”

He then quipped: “Nazis like to invade other people’s territory and turn it into a utopia for the white race–okay, okay. Now I see the confusion. But still!”

Meyers also pointed out that we don’t have to call the Alt-Right the Alt-Right simply because they prefer that name to white supremacists.