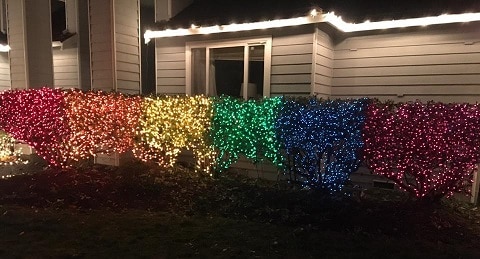 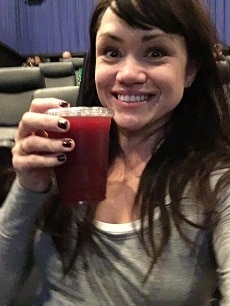 A Washington woman has strung around 10,000 rainbow colored lights outside her home in order to send a message to a neighbor she described as anti-gay.

24-year-old Lexi Magnusson (right) said the neighbor told her husband she had moved her family to Washington from a nearby state to “escape the gays and the transgender.”

“I saw red but knowing that she [lived in my neighborhood] and, having been Mormon, I knew that yelling or being angry would only make her more firm in her position.

“I said to her, ‘Your kids going to be exposed to it anywhere and I’m just glad that kids these days know not to be horrible to each other based on who they are or how they were born.’”

Our new neighbor told us that she moved her family here because her kids were too exposed to the “gays and transgenders” in Oregon (?- where did she think she moved to? We’re basically North Oregon). Spoke of how sick she was of seeing people “making it okay.”

Since regular aggression leads to assault charges, I went with passive aggression.

In an interview, she added:

“It’s been kind of baffling because really at the end of the day I just put lights on my hedges.

“I work in better ways to encourage acceptance than just lights at my house, like supporting marriage quality and [LGBTQ] organizations.

“I’ll leave them up as long as the homeowners’ association will let me.”

Magnusson said that while other neighbors have been supportive she has not heard any feedback from the object of her “spite lights.”