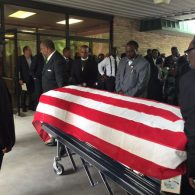 OVER A BROKEN BRAKE LIGHT. Judge declares mistrial in Walter Scott murder trial: “[Michael] Slager is the former South Carolina police officer who was caught on tape shooting to death Walter Scott, an unarmed Black man who was running from Slager on April 4, 2015. Slager had stopped Scott for a brake light that was allegedly not working.”

LAST TANGO IN PARIS. Marlon Brando’s son defends deceased dad against rape allegations: “It’s not true. It’s 40 years ago, but why are they bringing it up now? It’s not true. That’s not the human being he is.”

WTAF. Josh Brolin got naked on Instagram for Standing Rock? Is that a bad pun? 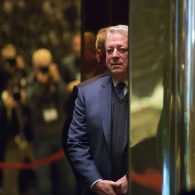 MEANWHILE, AT TRUMP TOWER. Al Gore met with Donald and Ivanka Trump to find “common ground”: “A full 90 minutes after he entered Trump Tower, the golden elevator doors in Trump Tower’s lobby opened and Gore emerged, according to pool reports. In a very brief statement to reporters staking out the lobby, Gore revealed that he spent most of his time upstairs meeting with Trump himself.”

OSCARS. Jimmy Kimmel is this year’s host: “Why it took an almost unprecedented amount of time to arrive at this most obvious of picks — Hugh Jackman was picked on Dec. 12 eight years ago, but most hosts have been chosen much earlier in the year than that — is somewhat hard to understand.”

TELEVISION. After last night’s Westworld season finale, it turns out the show won’t be returning until 2018 (!).

TERRORISM. Social networks are creating a database of terrorist content: “The United States’ biggest social networks are working together to build a database of photos and videos used to recruit people into terrorism, the companies said. Facebook, Microsoft, Twitter, and Google’s YouTube will create a shared database that identifies images via a unique digital fingerprint, making it easier for the platforms to identify and remove the imagery.” 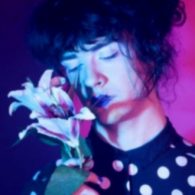 OAKLAND. Trans artist Cash Askew, 22, was among those killed in the Ghost Ship blaze: “According to Scout Wolfcave, founder of the Trans Assistance Project, two other trans women are also feared among the deceased: Feral Pines and Em Bohlka.”