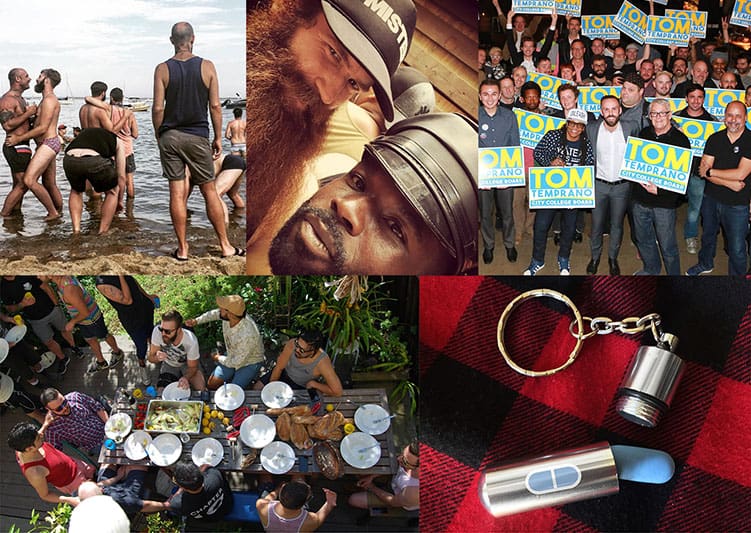 2017 Resolutions All Gay Men Should Consider

2016 was brutal for our community. For a younger generation, it seemed apocalyptic. For elders, a déjà vu of times we hoped were over. As a gay man, I can only speak for the G in the LGBTQ spectrum, but if 2016 taught us anything, it’s that without each other’s support and love, our culture is nothing. Here are my resolutions for 2017 for gay men (a followup to 2016’s resolutions – how did you do on those?):

PrEP and undetectability have given us light at the end of a 35-year tunnel. We still battle stigma, racism and poverty to provide these tools to everyone, but this is the start of a sexual revolution that will be written about for decades. You don’t want to reach old age with regrets of missing a new Golden Age of gay sex! Have a one-night-stand, go to a sex club, pop into an orgy, walk a cruisy park. Allow that fear we all carry to melt away because in times of oppression, gay sex itself is a political act. Yes, STI rates are a concern, but not if we tackle this as a community that gets tested regularly, gets treatment early, and stops believing that a second plague is coming simply to punish us.

All politics is local and real change starts from the ground up. Yes, the army of darkness reached the White House (again), but focus on your zip code. Do you know who is running for mayor, sheriff, school board? Support progressive candidates in your town (even if they lose) because you’re helping to start their careers. Any candidate will tell you the hardest part is people showing up. Give up a Saturday to pass out literature, show up for the volunteer photo-op, go to a town hall meeting. If not for you, do it for disenfranchised folks of color, our trans family, our seniors who can’t do it but will be directly affected by the wave of bigoted legislation that is coming our way (again).

Can we please talk about Meth?

No really, can we? Seems like the only time it comes up is when a friend goes batshit crazy or hasn’t been seen in days (queen, can’t ya just do 5 hours on a sling instead of 72?). Let’s face it, we’re not a people known for moderation. Without the structure of a heterosexual family life, queers tend to be in really, really fun situations for a very long time and substance abuse is a demon many of us need to keep on a tight leash. Yet, even as meth wreaks havoc, it remains a taboo subject at the brunch table. We know it’s happening and it’s heart-wrenching to watch our brothers destroy friendships, lovers, trust, their own bodies and have to be silenced by the stigma of saying the words “Crystal Meth.” It makes it impossible to ask or give help when it’s needed.

Have a “Child,” Make a Daddy

We are the last first generation. We will not die off of AIDS or be buried in a closet. We will be able to learn from our elders and teach our young. If you’re a millennial, do you know anyone who survived the plague? If you’re over 35, can someone younger call you for advice? Cross-generational friendships strengthen our culture and help us deal with issues that only gay men can understand.

The unfathomable loss of Orlando and Oakland were tragic reminders of the value of queer spaces. As hyper-gentrification swallows up our gay meccas, it’s gotten very expensive to gather. If you have a backyard, a living room, ambivalent neighbors, gather your chosen family for film nights, after-parties, dinners (if your income’s low or have too many friends, try a tip jar), create moments for folks to just be. Space is the most valuable thing a gay person can have because with it, you can build community.

In the GLBT Historical Archives, there are boxes filled with estates of men who passed: photos, leather, even jockstraps. What would our generation fill these with? Tweets? Selfies? If the “cloud” came down, will we have records of our lives? Support gay artists, book fairs, crowdfund gay films, buy the souvenirs from queer places when you travel. It may seem frivolous, but culture is passed down through ephemera. We lost an entire generation of gay artists and entrepreneurs, but a new wave is here (we’re like weeds!) and they need our support and a record of their existence.

Be an Example on Social Media

Before Tinder, we had Grindr. Before Facebook, we had Gay.com, before AOL, we had secret newsgroups. We pioneered social media, so we should be examples of how to harness its power. The endless whining, the fake articles (check the date and source before you post that article!), the same stories about the same shit (yes, our president is a bully, some idiot drew a crooked swastika and that weird gay guy is saying racists things again, how many times must we remind everyone?), the selfies of you crying…all of ’em have got to go. Pull it together, Mary. Before you post, ask yourself how you’re keeping the balance. Are you only contributing to the idea that the world is burning? (It’s not.)

Authentic Connections will get us through 2017

Your Black Lives Matter Facebook image means nothing if you don’t make the slightest effort to have QPOC in your life. That sticker supporting Trans Rights means nothing if you don’t have trans family to learn from, to have challenging conversations with, and yes, even flirtations you may not have expected. Do you honor the fact that so much of gay male culture is still here because of the incredible lesbian allies that helped us through the plague? The wonderful part of hatred toward queer folks is that reminds us that we really are all under one LGBTQ umbrella, that we are in essence an enormous family. That’s how we created Gay Liberation. That’s how we got through AIDS and that’s how we’re going to get through the next year. #Gaymen

Leo Herrera is a Mexican artist/activist. His work focuses on gay male history, sexuality and nightlife. His latest project FATHERS: Sex & Politics if AIDS Never Happened is a Sci-Fi Doc that you can view at www.iftheylived.com You may also follow on Instagram. 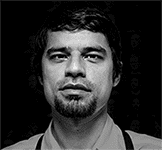 All opinions expressed are those of the author. Photo by Leo Herrera, Cabure Alejandro Bonugli, Bradley Roberge