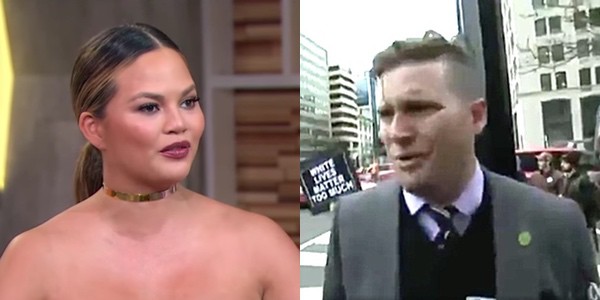 Model Chrissy Teigen is being applauded on social media after lashing out at Richard Spencer, the white supremacist leader who was punched in the face on Trump’s inauguration day.

Spencer has been whining about the punch since the day it was happened, while he was explaining the anti-Semitic symbol Pepe the Frog to an interviewer on the streets near the inauguration.

After Spencer complained, “I am not what happened to me. I am what I chose to become,” Teigen replied:

“Richard Spencer you became someone who was punched in the face.”

“Richard Spencer you are literally a nazi. I don’t even need to come up with a comeback. Really takes the pressure off. Thanks, nazi!”