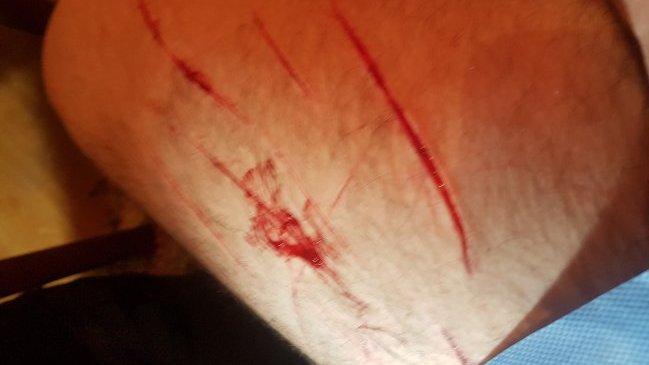 The LGBTQ rights group MOVILH reported that Jorge Arce was walking through the park wearing a t-shirt with the flag of Israel on it which his mother had given him when he was followed by three men.

The men, who wore neo-Nazi symbols, followed him, first yelling “murderer” and then punching him in the chest and slashing him with a razor.

Said Arce to MOVILH: “I had 40 slashes on my arm. Some marks will last forever. Just for being Jewish. The pain is overwhelming.”

MOVILH denounced the hate attack and said it would stand in solidarity with the Jewish Community of Chile, which released a statement saying “we cannot allow hate to continue in this country.”