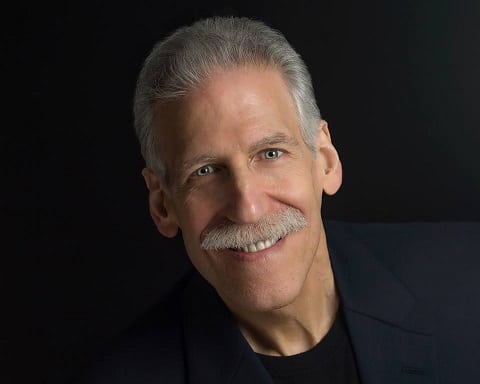 An obese gay man has claimed that “curing” his homosexuality six years ago was easier than changing his diet and maintaining a healthy weight.

In an article written for The Christian Post, anti-gay activist Dr. Michael Brown (above) shared the story of an “ex-gay” man named Eric who had been struggling with weight issues. Posting his story to Brown’s Facebook page, Eric described himself as “morbidly obese.” In that post he wrote:

“I left homosexuality behind 6 years ago. That was SO much easier than getting my weight under control. I do understand being isolated from life due to weight. It’s more than just what people think. It is a physical bondage that fatigues and makes just fitting in a chair difficult. Other than learning about God’s word and knowing Jesus there is nothing I want more than to be healthy.” 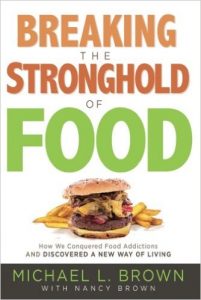 Replying to Eric while getting in a plug for his new book Breaking the Stronghold of Food, Brown wrote:

I know many people who have struggled with same-sex attraction, some experiencing instantaneous, miraculous transformation, others working for years to see those attractions gradually diminish, and still others fighting for decades to see change without any success.

Yet Eric says that leaving homosexuality, obviously by God’s grace, was so much easier than changing his relationship to food.

When God set me from heavy drug use in 1971 at the age of 16 (including shooting heroin), I couldn’t relate to those who would say, “I’m a recovering drug addict.”

For me, that was a thing of the past, someone who I used to be, and it had no bearing on my life after that. To this day, I do not think of myself as a recovering drug addict.

But when it comes to food, I live as if I’m a recovering food addict. In fact, one of the first chapters in my new book Breaking the Stronghold of Food (written together with my wife Nancy), is entitled, “Confessions of a Recovering Food Addict.” And even though I’ve been totally free from food addictions since late August, 2014, when my lifestyle transformation began, I live as if one wrong bite could set me back. Why play with fire?

Discussing his own issues with food addiction, Brown continued:

Getting back to our friend Eric, for whom I ask you to pray, he wrote this at the end of his post, explaining that there was one more reason he was ordering our new book, and for him, it was another reason to get healthy: “the morbidly obese make poor witnesses for Christ.”

Nancy and I really do understand how difficult the battles are (we’re totally candid in the book, and you’ll laugh — or sigh — at some of our stories), and that’s why there’s not an ounce of condemnation in anything we write.

We don’t want to beat you up, we want to help you out, and we’re convinced that if the Lord could help us, with all our bad eating habits and food addictions, He can help anyone. (For the record, according to recognized weight standards, which are probably a little too generous, we were both obese in the past.)

So, if you find yourself struggling with unhealthy eating habits or food addictions, even if you’re not overweight, there is a solid, lasting way out. And if you’re obese or morbidly obese, all the more are these promises for you. Even when it comes to food, “If the Son sets you free, you will be free indeed” (John 8:36). There is a better way!

Brown’s advice ends with a note that preorders of the new book come with a free ebook plus the first three chapters in PDF by email! Brown’s FIRE School of Ministry is also now accepting donations.

Watch a report on the early days of “ex-gay” therapy below.

Previous Post: « ‘Gays for Trump’ is Hosting a ‘DeploraBall’ Gala the Night of the Inauguration
Next Post: Virginia Lawmaker Proposes Nasty Anti-Trans ‘Bathroom Bill’ That Gov. McAuliffe Vows to Veto »