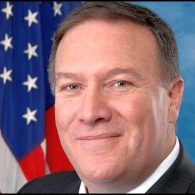 HEARINGS. Senate Republicans feeling pressure to fully vet Trump nominees: “Hearings for Betsy DeVos, Mr. Trump’s choice to lead the Department of Education; Andrew Puzder, his labor secretary nominee; and Representative Mike Pompeo, Republican of Kansas, Mr. Trump’s pick to lead the Central Intelligence Agency, have all been pushed back as Democrats clamor for more time to collect and review the standard background checks that nominees traditionally undergo before their hearings commence.”

MISSOURI. MSU agrees to pay $25,000 to settle lawsuit with former student who wouldn’t counsel gay couples: “A student in the class asked Boyce if the Springfield Marriage and Family institute counseled gay couples, and Boyce told the class he does not give gay couples relationship counseling because of his religious beliefs, according to the lawsuit.” 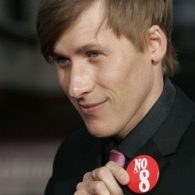 DUSTIN LANCE BLACK. On Alt-Right attacks on new miniseries When We Rise: “I think a lot of people who voted for Donald Trump will love this show. I don’t see this show as the type of show that’s only trying to speak with half the country. That’s not what this is all about. I didn’t write this show for half the country. I think if Donald Trump actually watches the show, he might like the show.”

MADONNA. New film in the works based on Andrew Sean Greer’s The Impossible Lives of Greta Walls: “On her coffee table, there were binders filled with research for the project—potential settings, costumes, and so on. Madonna is thorough. In fact, she co-wrote the screenplay and will be directing the film. The novel follows the title character as she moves through time and negotiates three different lives she could have lived. The story also focuses on Greta’s relationship with her gay twin brother, Felix, in those different lives.”

MARC CHERRY. Desperate Housewives creator back with drama for ABC starring Reba McEntire. “The new drama centers on Ruby Adair (McEntire), the sheriff of colorful small town Oxblood, KY, who finds her red state outlook challenged when a young FBI agent of Middle Eastern descent is sent to help her solve a horrific crime. Together they form an uneasy alliance as Ruby takes the agent behind the lace curtains of this Southern Gothic community to meet an assortment of bizarre characters, each with a secret of their own.”

AUSTIN ARMACOST. I’m asexual. “I am probably in all honesty the least sexual people you will ever meet. As much as I love getting my kit off and showing my bum everywhere, I am like a nun in bed. I am not going to go out with someone and have sex with them. Even after a fourth or fifth date – that’s not what I want. I want a nice man! It has little to do with physicality.”

INTERSPECIES SEX. Snow monkey observed attempting sex with deer: “It is only the second recorded example of sexual relations between two distantly related species. Snow monkeys and sika deer generally have a symbiotic relationship, with the deer eating fruits dropped from the trees by the monkeys and the monkeys grooming the deer and occasionally riding on their backs.”