You are here: Home / First Look at ‘The View UpStairs’, a Provocative New Musical About a Tragic Moment in LGBT History: WATCH 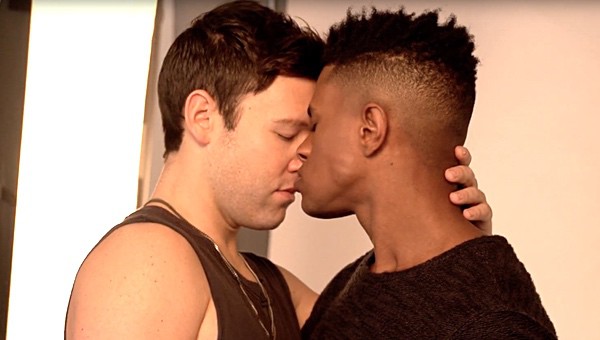 In June 1973, a fire broke out in a gay bar in New Orleans’ French Quarter. The fire at the UpStairs Lounge took 32 lives — bodies burned beyond recognition. Approximately 20 people escaped the blaze, which was set by an arsonist. The likely suspect was a customer who had been thrown out of the bar the night of the fire.

A new musical about the UpStairs Lounge tragedy has been in development and the creators want to give Towleroad a first look behind-the-scenes at this provocative theatrical production written by Max Vernon and directed by Scott Ebersold.

Write the creators: “The View UpStairs pulls you inside the UpStairs Lounge, a vibrant ‘70s gay bar in the French Quarter of New Orleans. This forgotten community comes to life in all its gritty, glam rock glory when a young fashion designer from 2017 buys the abandoned space, setting off an exhilarating journey of seduction and self-exploration that spans two generations of queer history. Inspired by one of the most significant yet all-but-ignored attacks against the LGBTQ community, The View UpStairs examines what has been gained and lost in the fight for equality, and how the past can help guide all of us through an uncertain future.”

The show begins an Off-Broadway run at Culture Project – The Lynn Redgrave (45 Bleecker Street) on February 26. Previews begin on Wednesday, February 15 and the production runs through Sunday, May 21. Tickets are now on sale HERE.

Here’s a sneak peek behind the scenes featuring Vernon and Ebersold talking about the show.