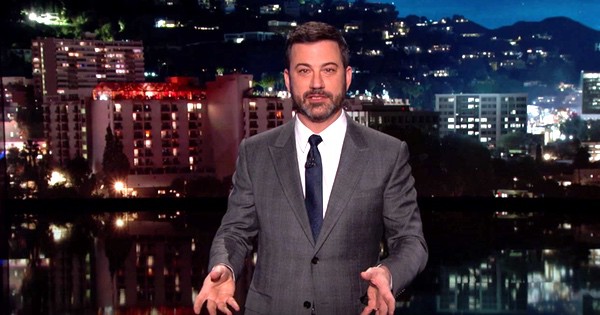 Jimmy Kimmel began his Monday night show by telling his side of the Oscar flub story – a flub so momentous that many thought the late night prankster was pulling another one of his tricks.

“I’m sure you’ve at least heard, La La Land was simultaneously the biggest winner and loser last night,” Kimmel said. “You know it’s a strange night when the word ‘envelope’ is trending on Twitter.”

Kimmel explained he was supposed to be ending the show next to Matt Damon from the audience: “We’re sitting there and we notice some commotion going on. And Matt says, ‘I think I heard the stage manager say they got the winner wrong.’ … So you just kind of figure, well, the host will go onstage and clear this up. And then I remember, oh I’m the host.”

He added: “Except for the end, it was a lot of fun. It went very well. We were chugging along, and then, all of a sudden out of nowhere, it turned into a Maury Povich paternity test show. It was the weirdest TV finale since Lost.”

“For whatever reason, they have two of each envelope… just to make it more confusing,” Kimmel said. “The accountants gave Warren the wrong card, and they apologized for it today. So, it wasn’t Warren Beatty’s fault. And Faye Dunaway… She made quite a getaway. She read the wrong name and split. She got the hell out of there.”