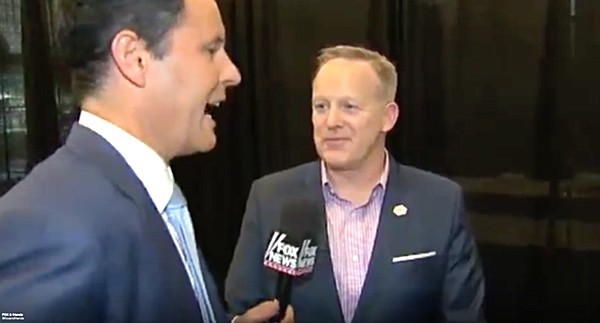 Spicer took it in good humor. “It was cute, it’s funny,” Spicer said. “I’d rather us be talking about the issues that the president is so committed to helping Americans on but it’s part of American culture.”

"It was cute. It's funny." -Sean Spicer reacts to SNL's portrayal of him pic.twitter.com/VkaSggpdIb

Spicer told “Extra” exclusively he felt the impression was a little exaggerated. His advice was that McCarthy “needs to slow down on the gum chewing; way too many pieces in there.” Though he thought it was a really “funny” show, he felt that McCarthy “could dial back” a bit.