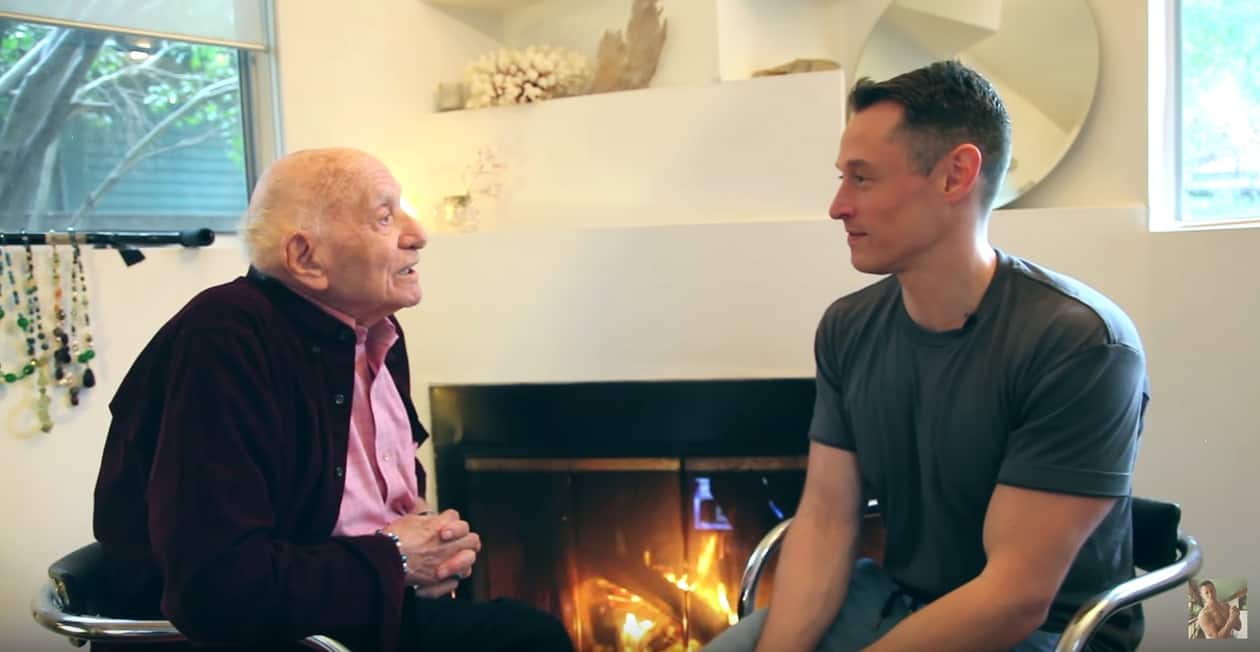 Davey Wavey spoke with Roman Blank, a 95-year-old Holocaust survivor who is the subject of a forthcoming documentary, On My Way Out. Roman lived his entire life as a married, closeted gay man, and decided to begin living that truth last year.

Roman tells Davey that he’s looking for the right companion:

“Yes…I don’t care [what he looks like]. I don’t look at the face. I look at the heart. Somebody to lean against, somebody who feels the heart ticking…and nobody can do that unless you love them.”

Roman’s story is very complex. On one hand, it’s the triumphant story of a 95 year old man coming out of the closet – and shedding the weight of a nine-decade secret. That is certainly something worth celebrating!

On the other hand, Roman’s story is also deeply emotional and, at times, quite difficult. At some level, it’s the story of lost opportunities. You can’t help but wonder, had the circumstances been different, how Roman’s story could have ended differently. And you also feel for Roman’s wife. While they undoubtedly loved each other in a deep way, both Roman and his wife deserve passion and sexual intimacy. Did they have that despite Roman being gay? I don’t know.

But despite the story’s complexity, Roman’s desire to feel the heartbeat of someone who loves him is fundamentally human. It’s a simple yearning that drives all of us. In it, we see Roman’s humanity. And we see ourselves.

I think there’s a lot to take from this video.

There’s a sense of history in understanding how far we’ve come, and the struggles that this man must have experienced.

There’s gratitude for the LGBT people who marched and rallied and bleed and sweat so that today’s world is different – and that fewer people feel compelled to live in the shadows or closets.

But there’s also raw humanity. Whether you are queer or not, listening to Roman stirs something in all of us. And at a time when the world often feels divisive and divided, it’s good to be reminded of our common humanity.